Francisca de Haan (1957) received her PhD at Erasmus University Rotterdam (1992) and her Habilitation in History at the Central European University (CEU, 2016). She was a post-doc at Leiden University and a researcher at the IISH before moving to the CEU (2002).

She is Professor Emerita of Gender Studies and History at the Central European University (from 1 September 2022). She was a residential fellow at the National Humanities Center, NC, USA (2008-09), and the Polish Institute of Advanced Studies (2019), Visiting Professor at the Department of History, Stockholm University (2009), International Fellow at the School of Historical and Philosophical Studies, Melbourne University (2013), and in the autumn of 2017 held the Chaire d’Excellence, LabEx EHNE, Axe 6, Paris. De Haan is founding editor of Aspasia: The International Yearbook of Central, Eastern and South Eastern European Women’s and Gender History (from 2007). She is a former Vice-President of the International Federation for Research in Women’s History (IFRWH).

Her main research interests are transnational and intersectional women's and gender history; histories of international women’s organizations, socialist and communist women's political activism, women's work, and women’s archives. Her edited volume The Palgrave Handbook of Communist Women Activists around the World will come out later in 2022. 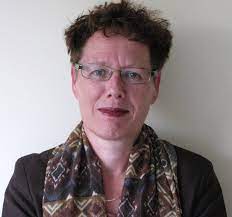