Last November, after a long fight against cancer, our friend and colleague María Ullivarri passed away. Visiting Fellow at the IISH in 2011-2012 and 2015-2016, she also played a key role in the process that led to the creation of our Latin American Labour History Network and its publication, the Revista Latinoamericana de Trabajo y Trabajadores.

María was a brilliant social and labor historian, with a capacity to convey general conceptualizations as well as the nuances and paradoxes of the history of real, flesh and blood people. She investigated the day-to-day of workers, willing to reach ‘even the most forgotten spaces of working women's lives.’ Not without her typical mockery, she would frown at the flashing lights of ‘global history’, saying that she did not want to lose sight of the everyday life of the ‘young seamstresses’ that she had studied with so much detail and attention. With the same passion she embraced the history of boxing: in order to understand it, she learned to box; later she became a referee in boxing clubs of the outskirts of Buenos Aires. Her historical work understood boxing in the intersection of labor, theater and construction of masculinities.

María read the most diverse sources against the grain and was passionate about unearthing the lives and voices of common people. Her body of work, although painfully truncated, will become a must-read for all those interested in learning some of the best examples of Argentine social historiography. Her writing was precise, careful, exceptional: she strove to find the proper words that could bring to life her historical sources.

She was also an extraordinarily generous person, always willing to share knowledge and insights with her colleagues, regardless of their academic positions. Her open personality, supportive attitude and spontaneous hilarity were a ray of light in academia, where miseries and selfishness often prevail. She would make fun of the selfish and competitive rules with which she herself had to comply. She had a wonderful smile, a cheerful laughter, an incredible capacity to be mocking.

Her passion for life and history took her to different parts of Argentina and the world. As a teenager she lived for a year in Friesland, in the north of the Netherlands: she considered that land as her home and those who welcomed her there as her family. Years later she became interested in Iran and traveled there, seeking to understand its culture and its past. She made friends wherever she went: today we mourn her everywhere, from Tucumán to Buenos Aires, from Harlingen to La Paz, from Jujuy to Amsterdam.

Over lunch in the canteen of the IISH, in early 2016, we started to plan together the creation of a network of Latin American labor historians. Her initiative was instrumental in turning those ideas into an international congress with dozens of participants, in La Paz, one year later. And she continued to develop the network in the years that followed, in the second congress we held in Lima in 2019, and in the project that ended up leading to the Revista Latinoamericana de Trabajo y Trabajadores. Already ill, even from her hospital bed, María did not stop asking about the journal, participating in the meetings of the editorial team, contributing with her ideas and projects.

May all this sadness become an inspiration to keep on writing history and building projects you were passionate about. We will miss you always. 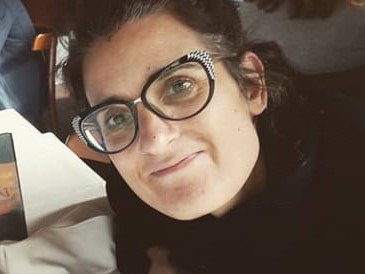