At the start of the year under review the administration of the Royal Netherlands Academy of Arts and Sciences (KNAW) formulated its position regarding the 2003 evaluation of the IISH. The most important conclusions reached concerned the relative autonomy of collection development and the desirability of more focused ideas about global labour history and global economic history. The ongoing integration of the IISH and the Netherlands Economic History Archive, which the evaluation committee had recommended, was realized on 1 January.

The existing collection underwent considerable expansion thanks to the addition of the 'classical' Academy library. Toward the end of the year, it was decided to house the Virtual Knowledge Studio (VKS), the e-science programme of the KNAW, on the IISH premises.
Despite a small decline in income, the year was not bad in financial respects. At the end of the year it was announced that deputy director Henk Wals would be appointed director of the Academy's Huygens Institute on 1 January 2006. KNAW and IISH decided together to introduce some organizational changes in the structure of the Institute at the top. The 70th anniversary of the Institute was cause for a modest celebration. 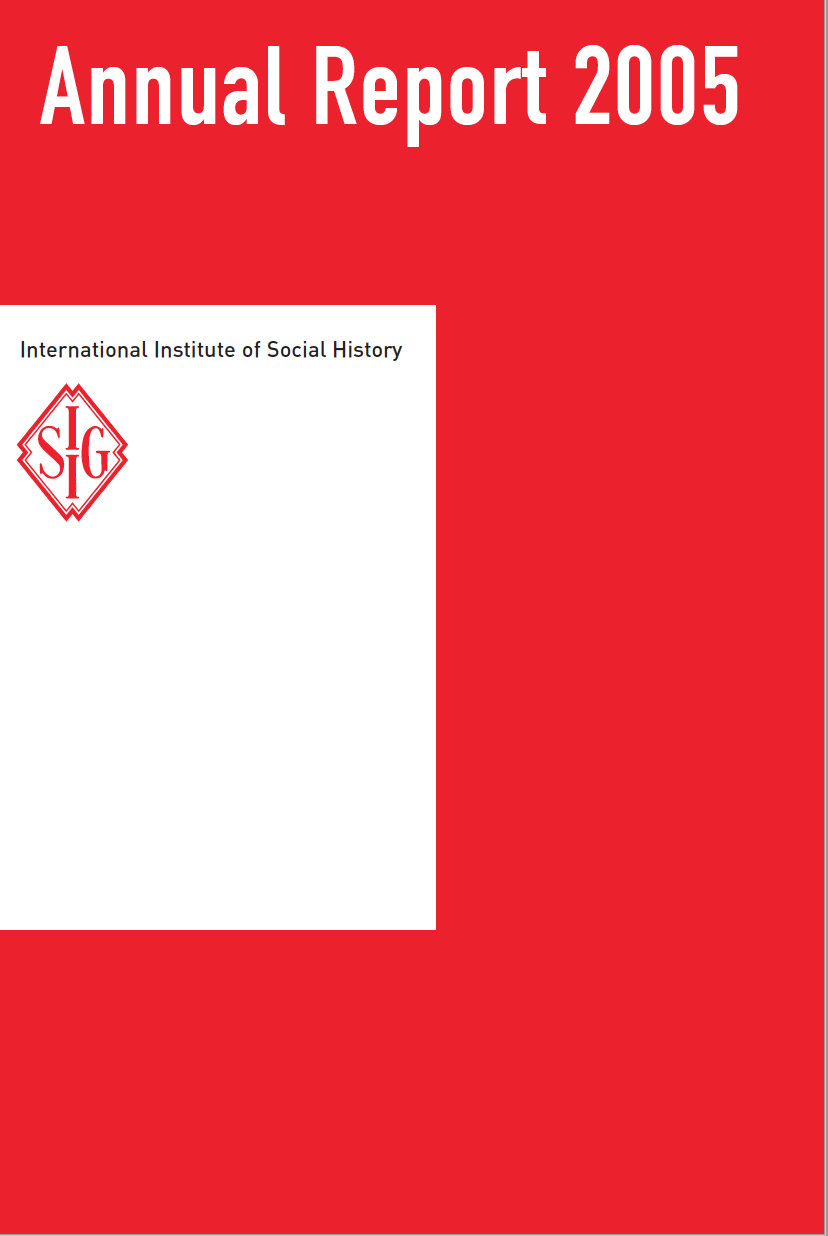