Nicolaas Wilhelmus Posthumus who founded the International Institute of Social History, was born in Amsterdam on 26 February 1880 and died in Bussum on 18 April 1960.

He was the son of Nicolaas Wilhelmus Posthumus, a geography teacher and three-year HBS [secondary school] headmaster, and Huibertje IJzerman. On 20 July 1908 he married Dorothea Maria van Loon, with whom he had a daughter and a son. This marriage ended in divorce on 1 August 1928. On 7 January 1931 he remarried. His second wife was Willemien Hendrika van der Goot, an economic historian who bore him a daughter.

Posthumus, whose father died when he was a young boy, attended the municipal gymnasium [equivalent to a British grammar school] in the city where he was born and began reading law in 1898. He joined the clio student association, where he encountered many like-minded spirits, such as C. S. Adama van Scheltema, H. Bolkestein, W. A. Bonger and H. E. van Gelder. He also participated in the new Socialistisch Leesgezelschap [socialist literary society] and served on the editorial board of Propria Cures, including a term as executive editor in 1901.

At age 20, he accompanied P. J. Troelstra on a propaganda visit to the Langstraat, with its cottage industry for shoemaking. The hail of stones that met them upon their arrival must have affected Posthumus deeply, as his fellow student association member H. P. L. Wiessing relates. In 1908 Posthumus completed his studies, taking a PhD in political science for his thesis De geschiedenis van de Leidensche lakenindustrie [A history of Leiden's cloth industry] (The Hague 1908), a subject he had selected out of concern for the fate of the proletariat in this early Dutch industrial city.

He continued his research on the subject throughout his life, yielding a two-volume sequel (which appeared in 1939) and the six-volume publication Bronnen tot de geschiedenis van de Leidsche textielnijverheid [Sources on the history of Leiden's textile industry] (The Hague 1910-1922). He also became fascinated by his investigation of sources on conditions in the Dutch cottage industry, which was featured in an exhibition in 1909 and a multi-volume report published from 1911 onward. In addition, he served on the board of the Sociaal-Democratische Studieclub, which published the annual budgets of seventy Dutch working-class families in 1912.

After a brief stint as a teacher at the Openbare Handelsschool [public business school] in Amsterdam, Posthumus landed an appointment as a professor at Rotterdam's new Handelsschool. In 1914 he founded the association of the Nederlandsch Economisch-Historisch Archief [Netherlands Economic History Archive] (NEHA), which preserved merchant records and soon began publishing the Economisch-Historisch Jaarboek as well. The NEHA was located in The Hague.

In 1922 Posthumus transferred to the University of Amsterdam, where he joined the new business faculty. His most lasting achievement, in addition to his pioneer work in his true field (economic history of the Netherlands), is his establishment of the renowned International Institute of Social History (IISH) on 25 November 1935.

Back around 1915 he had written to F. Domela Nieuwenhuis requesting his archive. He also collected trade union archives for the NEHA. In 1932 he founded the Economisch-Hischtorische Bibliotheek [Economic history library] (EHB) in Amsterdam. At this point, the library of the NEHA (which had had started a modest social-economic collection in 1923) was transferred to Amsterdam.

Upon the establishment of the IISH, several collections, books and periodicals on economics were transferred to there. After the Nazis seized power in Germany in 1933, salvaging the socialist archives and libraries in Central Europe became a serious problem, which Posthumus realized in time. The answer to I. J. Brugmans' question as to what socialism meant to Posthumus may lie in Posthumus' frenzied efforts in this field during the 1930s.

The staff assisting him included Annie Kleefstra, the widow of his study companion Adama van Scheltema, as the librarian. Nehemia De Lieme, the director of De Centrale Arbeiders Verzekerings- en Depositobank, was indispensable in funding the achievement of his plans. During this period Posthumus visited leaders of the Sozialdemokratische Partei Deutschlands (SPD) in exile in Prague, K. Kautsky in Vienna and L. Trotsky in Norway and travelled to Berlin in 1935, in his efforts to acquire valuable collections such as the Marx-Engels archive.

Despite stiff competition from Moscow's Marx-Engels-Lenin Institute, the IISH obtained the SPD archives in 1938. The Institute also acquired the collections of the Austrian anarchism expert Max Nettlau (with whom Posthumus had been negotiating since 1928), the Polish Bund, the Russian social-revolutionary party and the Spanish anarcho-syndicalists. On 11 March 1937 the IISH opened officially on the Keizersgracht in Amsterdam. Posthumus delivered a speech about the essence of social history, 'which is very closely related to mankind's pursuit of greater freedom and opportunities for personal enrichment and thus to suppress whatever is experienced as economically or spiritually oppressive.'

The establishment served in part to 'promote the imminent urge for freedom.' Posthumus' appearance at a student meeting protesting the Romme bill to prohibit married women from working in 1938 may have reflected this sentiment as well. Although he generally steered clear of political practice, he cared deeply about subjects such as women's rights. The international archive for the women's movement, also established in 1935, was stored at the Keizersgracht premises as well.

The Nazi occupation in May 1940 was a serious blow to Posthumus and his IISH, despite the precautionary evacuation of archival items and staff members to England. The measures imposed by the Nazis disrupted the Institute for many years. The director was dismissed from his professorship by the Nazis in 1942. Nor did he enjoy resuming his duties in 1945, in part because of the shortage of funds for the reconstruction. In 1952 he resigned as director of the IISH and was succeeded by A. J. C. Rüter.

After the war he focused mainly on new institutions, such as the Netherlands Institute for War Documentation (which preserved documents from the Nazi occupation period) and on the seventh faculty of political and social science at the University of Amsterdam. Both these undertakings involved working with his colleague J. M. Romein, whose appointment he had hoped to discourage in 1939.

In 1949 Posthumus resigned as a professor to run Brill publishing company in Leiden, with which he had dealt previously. He continued his organizational and scholarly activities until he was quite old. Posthumus was considered businesslike and reserved. Nevertheless, his emotional driving forces are undeniable, as is his lifelong affiliation with the social-democratic labour movement, which he had joined as a student. 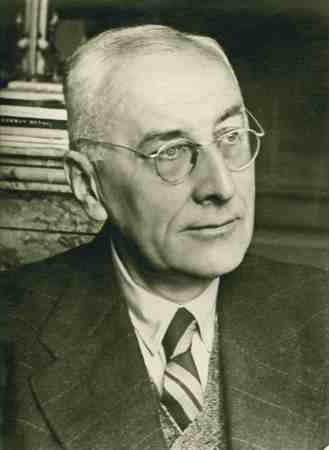