The Black Lives Matter protests in the United States resonate strongly throughout the world. Not only in Europe, but also in Seoul, Monrovia, Sydney, Rio de Janeiro, and even in war-torn Idlib in Syria, where a mural honouring George Floyd has been painted. But the protests have also  generated opposition. Critics of the protests often point at other forms of racism, for example in Asia and Africa, asking ‘what about racism in other parts of the world?’ Although in itself a legitimate question, it is used as a rhetorical strategy to trivialize widespread institutional racism against people of colour, especially pertaining to descendants of enslaved Africans in the Atlantic world.

Although racism is a many-headed hydra, which has raised its heads throughout the globe in recent centuries, the current Black Lives Matter movement focuses on a very specific expression that is rooted in a centuries-long history of dehumanization of African men, women, and children, moved against their will during the transatlantic slave trade in the first phase of globalization in the Atlantic. Comparing different forms of worldwide racism and xenophobia in the past centuries reveals marked differences in the depth, size, and persistence of racist structures.

The transatlantic slave trade between the early 16th and late 19th century, involving 12.5 million enslaved Africans (of whom 10.7 million reached the America’s alive)  , has left deep scars and produced durable inequalities, especially in the United States, but also in other parts of the Americas and in European countries. What seems crucial in the North American case is the institutionalization of slavery within the settler society. European immigrants who populated what became the United States, especially in the South, became part of a society where enslaved Africans were treated at best as sub-humans and Amerindians were confronted with genocidal violence. The official abolition of slavery on 18 December  1865 was a landmark, but also calcified racist attitudes among large parts of the white population, especially among the ‘poor whites’ in the South, who were afraid to lose one of the few privileges they had in their poverty stricken existence: whiteness. Just like white workers in South Africa, employers institutionalized racism – in various intentional and subconscious ways – by dividing the working class and moulding a white racial solidarity.

As Ellora Derenoncourt had recently shown, along with the Great Migration (1940–1970) of African Americans from the South to cities in the North and the West, racist structures became even more entrenched in places like Chicago, Detroit, and Los Angeles. Instead of finding a more open society and greater chances for upward social mobility, most of these migrants were trapped in urban ghettos and confronted with a white environment where residential and schooling segregation solidified and officials increasingly focused on policing, ethnic profiling, and incarceration. The current Black Lives Matter movement, half a century on from the Civil Rights Movement, shows how difficult it is to redress these racialized relationships.

Meanwhile, this racism not only affects descendants of the enslaved, but also other ‘people of colour’, both in the United States and beyond. Although racism within Europe developed along its own trajectory, research shows that it is more pervasive than many would like to acknowledge. Racial and ethnic profiling by the police and other (state) institutions is widespread, as is racial discrimination in selection processes in education and the job market, leading to greater social inequality and deep mechanisms of social exclusion.

So, although, as historians, we may conclude that racism is a global phenomenon, we should also stress that there are crucial spatial and temporal differences when it comes to the intensity and extent of various forms of racism over time, its targets, the stereotypes that are produced and reproduced, the level of dehumanization that the people subjected to it face, and the historical trajectories along which it unfurls. The crucial contribution of the Black Lives Matter movement is that it forces us to realize how pervasive and systemic anti-black racism is, also in societies without a history of internal slavery. 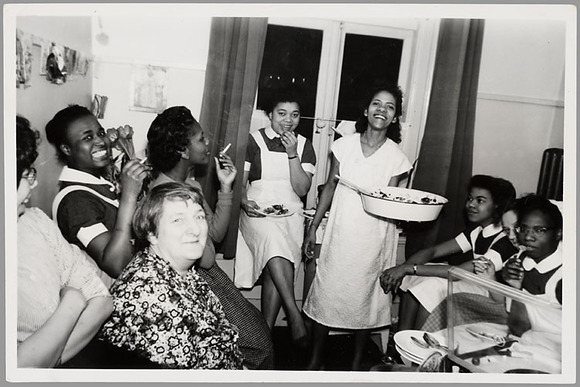