A different memory of the Statesman

Recently (May 26, 2019) Prem Tinsunalond, the chairman of the Privy Council and influential meddler in Thai politics passed away. Next to all the eulogies, there were actually some critical pieces as well which threw a different light on his career in the Thai military and Thai politics.

From the archives stems this piece, a pair of flip-flops with on the inner sole Prem’s portrait. In wearing the sandals you obviously stand with your feet on his head which is a grave insult in the Thai cultural context.  The text below the portrait says รัฐบุรุษ [=Rathburut] or Statesman in translation.

Prem was held responsible  by Red Shirt protesters for the 2006 Coup to get rid of Thaksin Shinawatra. Next to Prem there were similar examples with the head of Abhisit Vejjajiva, Suthep Thaugsuban and Thaksin and Yingluck Shinawatra, depending on which side of the Red/Yellow conflict one stood.

In all honesty, there were also many homophobic insults at Prem’s address during the protests in 2009-2010 in the form of buttons, handmade posters etc. 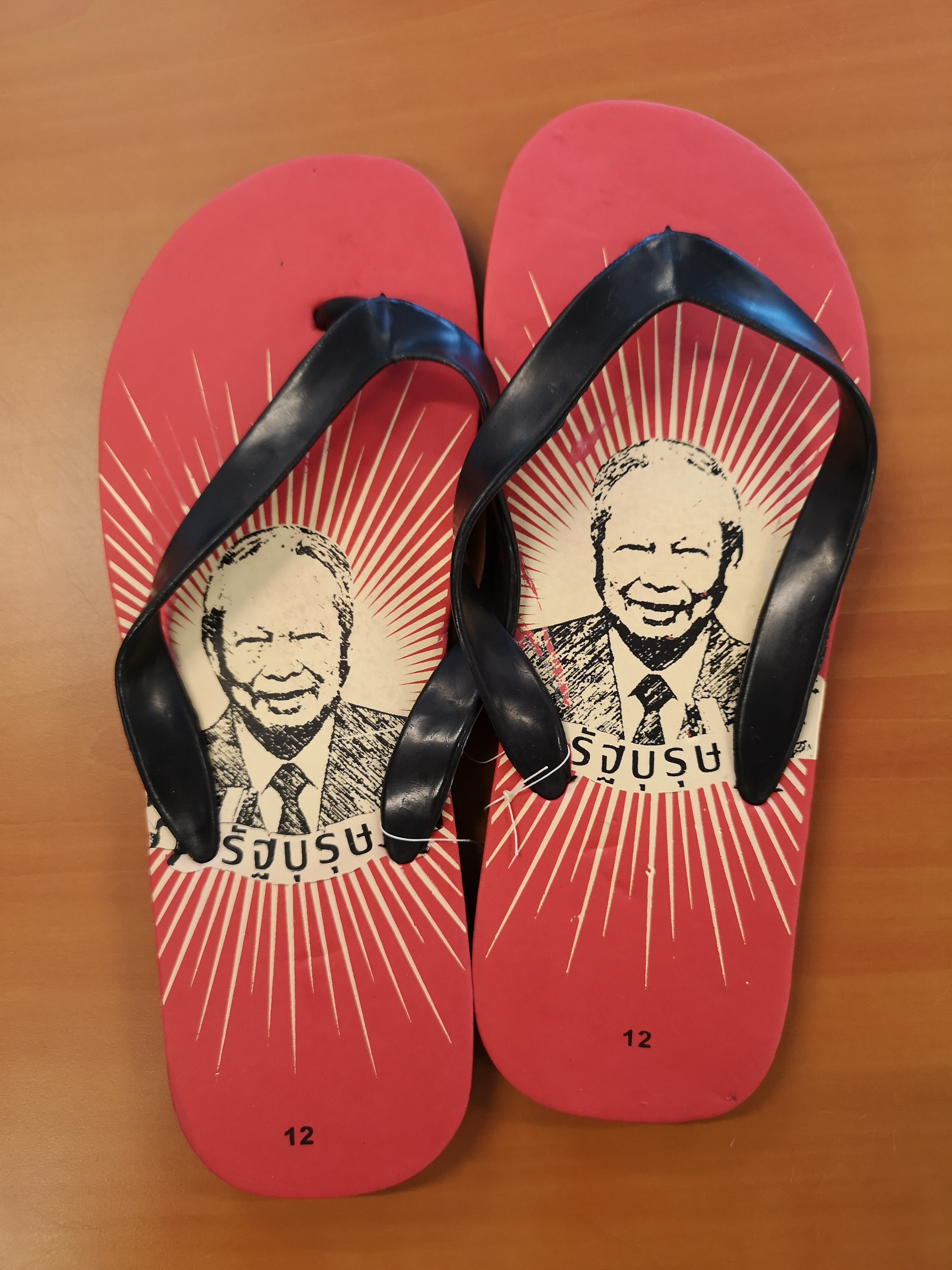