The IISH and the Pandemic by Aad Blok

The Covid pandemic and its consequences for public and private life have been talked and written about endlessly in the past year, from a great many different perspectives and views.

Some of the most disputed statements were probably those arising from the recent curfew, introduced with parliamentary approval and compared by some to the situation under the German occupation. Although any such comparison falls short, this is actually the first time since May 1940 that the Institute has had to close its doors for an extended period; reason to consider how it has dealt with this and other consequences of the pandemic in the past year. To what extent did services to visitors and users of the collections continue, and what was still possible in collection development and cataloguing, research, and publications?

The blessings of the digital revolution during the pandemic
Fortunately, an event of such magnitude and global scope as the Covid pandemic is rare. In the past year, many obvious comparisons were made with the Spanish flu, which raged across the world between 1917 and 1920. Since the IISH celebrated its 85th anniversary last November, and therefore did not yet exist during that previous pandemic, we obviously cannot compare its impact on the Institute. Still, one major difference between 1917-1920 and 2020-2021 cannot be missed. Despite the present lockdowns and the closure of shops and offices, economic activity and working life have continued, at least to a large extent. The reason for this is quite obvious: the recent digitization and online revolution now enable millions of workers in the Netherlands and billions more around the world to work from home. The same is largely true of most IISH staff members.

The IISH has been a trailblazer among its peers with regard to digitization and connectivity. Among archival and library institutions in the Netherlands and internationally, the IISH was one of the first to digitize its catalogue and to launch major digitization projects of its archival collections. Recently, the IISH website was completely restructured and is now based largely on state-of-the-art linked data technologies. Thanks to these developments our visitors and researchers have access to a wealth of digitized items, despite the lockdowns that have rendered most staff unable to come to the Cruquiusweg premises for much of 2020 and, so far, all of 2021.

A small number of staff are still allowed to come to the Institute regularly. For instance colleagues whose private situation makes working from home difficult if not impossible. Or reading room staff, who are working hard to scan and reproduce materials for visitors and researchers who urgently need items from our collections. While IISH researchers can continue much of their research making use of similar services at other archives and libraries, many colleagues who have been unable to commence their normal duties are now entering and improving metadata for collections, e.g. by adding titles and other information to visual materials, or producing transcriptions of handwritten documents.

The curses of the digital revolution
All this would have been impossible without the digital and online revolutions, a fact so obvious that we take it for granted even though it came about only recently. What we also tend to take for granted of these revolutions is that they are not exclusively advantageous for workers and certainly not for all workers. In our personal lives, we are experiencing how working from home can involve a complicated mixture of personal and professional spheres, and we struggle to limit our daily work hours to a reasonable maximum without that voice over the intercom informing us that the Institute will be closing in fifteen minutes. “Zoom fatigue” and similar symptoms of alienation and stress from solely interacting with colleagues via video calls, chats, and apps become inescapable side effects, which in the longer run may be detrimental to our health and motivation. As are their colleagues from the Humanities Cluster, the IISH management and staff are aware of these dangers, and initiatives have been developed to encourage staff to take regular walks outdoors, arrange the necessary office equipment at home, and organize social events online, such as a weekly coffee break, even if this means yet another video meeting.

At the same time, a large part of collection development and processing remains analogue, and therefore requires working at the Institute using the actual, physical materials. As this has now been nearly impossible for an extended period, inevitably large backlogs have formed and will present major challenges after the lockdowns end.

As an institute dedicated to generating and offering reliable information and insights about the long-term origins, effects, and consequences of social inequality, however, we are not interested primarily in introspection. All of us are aware that at a more general, global level, for workers this pandemic has also disclosed far more serious effects of the digital and online revolutions. In one of the many recent comparisons with the 1917-1922 influenza pandemic, “Comparing Covid-19 and the Spanish Flu: Not so much the ‘Great Leveler’ but particularly hitting the poor”, IISH Senior Researcher Ulbe Bosma wrote how the influenza pandemic, commonly known in the West as the Spanish Flu, claimed several million more victims among the poorest people and countries than among the European and North American populations. His blog was the first in the new series IISH and the world, published on the new IISH website, as another sign of how the digital revolution enables us to provide new access to IISH research results. In the blog, Bosma warns that the present pandemic may well become an even stronger “Great Divider” than the Spanish Flu, as it becomes clearer by the day that Covid-19 is very likely to bring about even greater inequality than we have seen since the end of the last century. His perspective, comparing the Covid-19 pandemic with historical examples of pandemics, exemplifies the focus of IISH research on global social inequality.

This focus can also help us see the correlation, if not the causal links, between the digital revolution since the 1980s, the global rise and dominance of neo-liberal economic and political ideologies since the end of the Soviet Union and “real-existing socialism”, and the steep rise in social and global inequality since the end of the twentieth century. Closer to home, the “flexibilization” of labour relations has been noticeably stronger in the Netherlands than in other European countries, causing huge inequalities between workers with fixed employment and those forced to accept zero-hour contracts, or to scrape out an existence as so-called self-employed workers. Every online order placed for a book, a meal, or whatever goods or services we may desire, requires a courier, delivery person or what have you, to do the analogue part of the work, which still needs to be executed regardless of how digital our modern world may seem. And every digital device we use to perform our now largely digitized work will still have been produced, assembled, shipped, sold, and installed by human hands, by workers who operate mainly in the lowest echelons and therefore hold the lowest paid jobs in the production chains. It is these groups that are at the centre of the Institute’s attention, in collection development as well as research policies.

For the duration of this pandemic and after, the IISH will keep striving to put the blessings of the digital revolution to work to help visitors and researchers from all over the world use the collections. We hope this will enable us as well as others to explore how social and economic inequalities have developed over time, and how working people have tried, and are still trying in many different ways, to cope with and fight against them.

About the author
Aad Blok is executive editor and head of the Publication Department at the IISH. 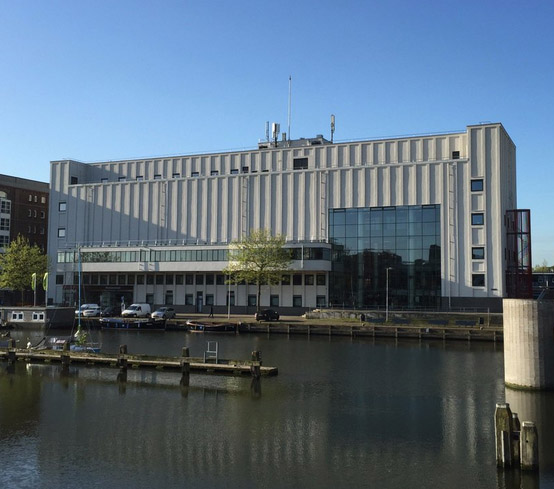