Everybody who has ever visited Hong Kong and made a Sunday stroll around Central District knows about the weekly phenomena of Filipino domestic workers reclaiming the streets - or pavements and walkways to be more precise - on their free Sunday. The same phenomena can be seen in Victoria Park (Causeway Bay) and surrounding areas for the Indonesian domestic workers.

This time when I visited Hong Kong I noticed a change though. Where in the earlier days the pavement was just covered with sheets of carton or at best with small walls of maybe up to 50 cm, this time in many places it were almost completely separated cubicles. The increased demand for privacy could be behind this new development, aptly labeled by a local professor as ‘informal architecture’. The picture is from the area beneath the HSBC Building. My local guide told me it’s a relatively new development from the last 2-3 years.

The other interesting aspect of this is that the domestic workers (for the increased need of boxes or carton) work in tandem with the local paper collectors who roam the streets in Hong Kong collecting discarded boxes from shops etc. Whereas before these (usually) old people would bring the cartons to the recycling shops they now rent them out to the Filipino maids before subsequently bringing them to the recycling. In Cantonese, these elders are called Pak-pak (male) or Po-po (female), and- interestingly, there are much more Po-Po scavengers than male ones (80/20). See also: https://www.dailymail.co.uk/news/article-6100197/Elderly-cardboard-coll…

The second picture shows a cart with cartons parked on a walkway near Exchange Square crossing Connaught road on a Saturday afternoon, ready to be rented out so to say.

(this blog was earlier posted on December 19, 2018, but somehow wasn't transferred to the new website environment) 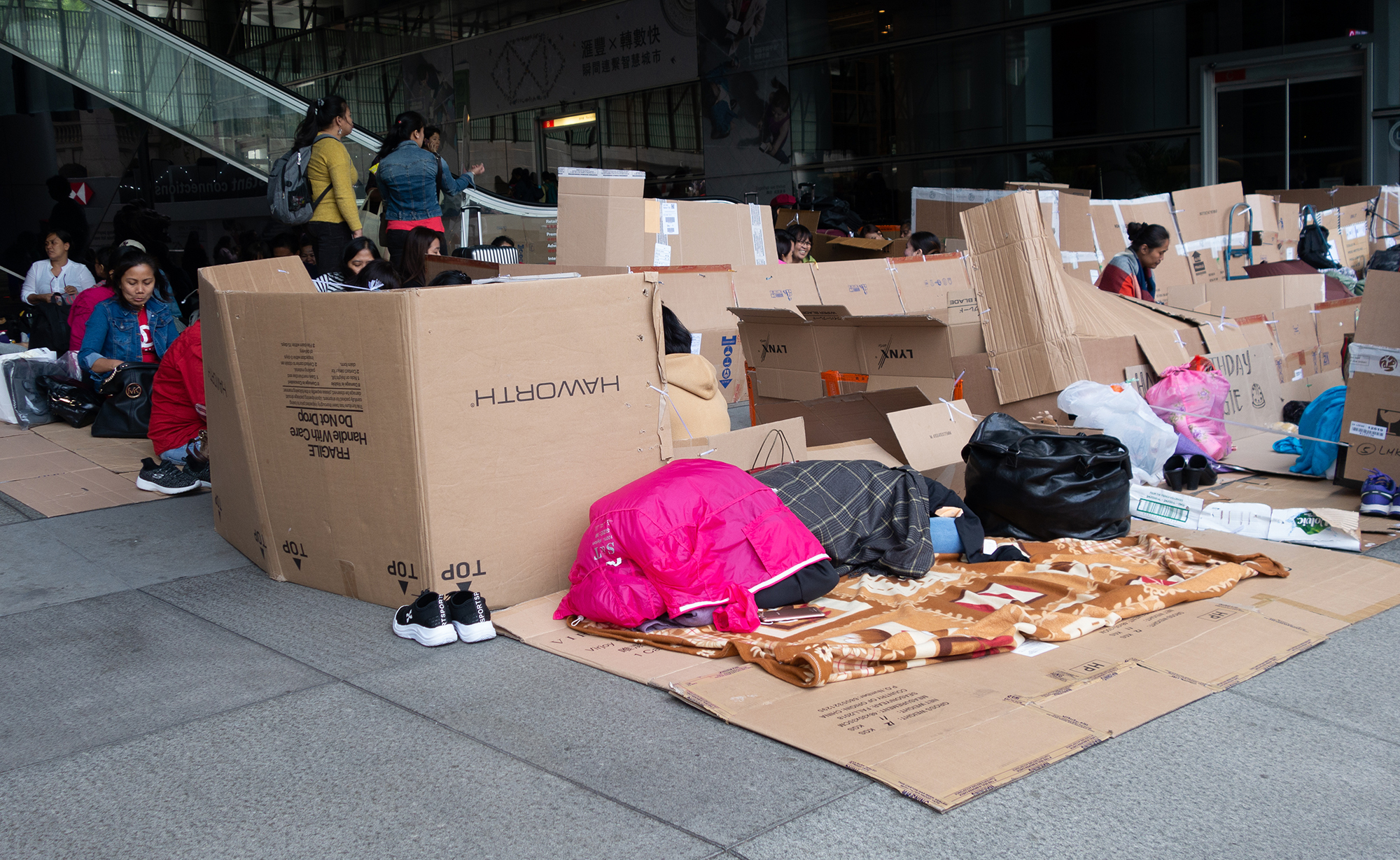 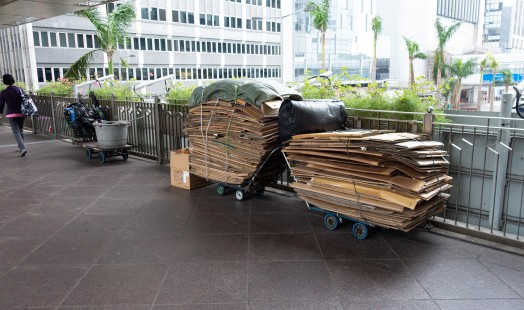