New publication: Medieval Authorship and Cultural Exchange in the Late Fifteenth Century. The Utrecht Chronicle of the Teutonic Order.

Routledge Publishers has just released the book 'Medieval Authorship and Cultural Exchange in the Late Fifteenth Century. The Utrecht Chronicle of the Teutonic Order, written by Rombert Stapel.

The book deals with the genesis and context of the so-called 'Croniken van der Duytscher Oirden' (Chronicle of the Teutonic Order), which was written in Utrecht at the end of the fifteenth century and is better known in German historiography as the Jüngere Hochmeisterchronik. The text describes the history of the Teutonic Order, a military religieus order like the Knights Templar, from the Old Testament to the loss of its possessions in Prussia to the Polish king in the middle of the fifteenth century. Although the text was written in Utrecht, in Middle Dutch, it soon became widespread in the Baltic region and then in various corners of the German Empire, thus having a great influence on early modern historiography.

By means of an extensive book historical analysis and using modern digital humanities techniques, it becomes clear that the recently discovered Vienna manuscript (Zentralarchiv des Deutschen Ordens, Hs. 392) was written in direct collaboration with the original author. This important observation leads to a reinterpretation of the text, its sources and text structure, its authorship and the context in which it was created. It allows us to relate the text to an increase in historiographical activity by various knightly orders across Europe, seemingly in response to aggressive propaganda campaign by the Knights Hospitallers (of Order of Saint John), another major knightly order, following the successfully repelled siege of Rhodes by the Ottomans in 1480. Moreover, the text can be positioned at the crossroads of different cultural worlds, ranging from the Baltic region to the Low Countries, within French, German, Dutch and Latin language traditions. As such, this study transcends the importance of the text itself and its context.

More details on the publications and how to order can be found on the website of Routledge Publishers. 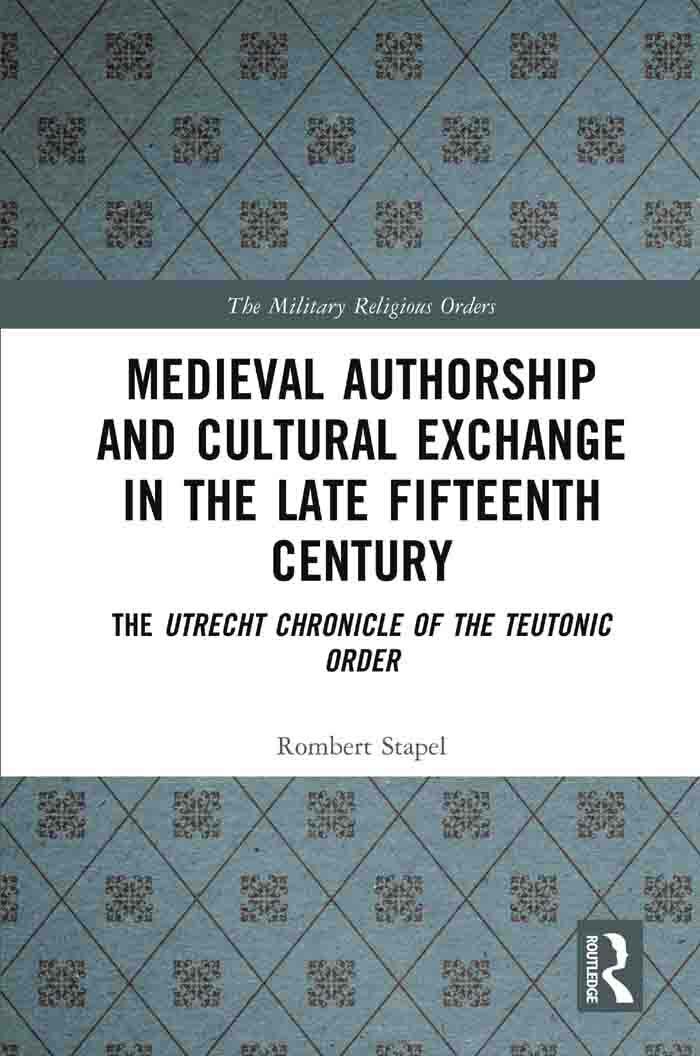