'Pandemic puts labour relations in the limelight', by Gijs Kessler

The COVID-19 crisis mercilessly exposes the fault line between the employed and the self-employed in today’s Dutch society. The closure of bars, restaurants, and clubs, the restrictions on the work of hair and beauty professionals, and the cancellation of mass events have a direct impact on the livelihood of entrepreneurs and the self-employed, while, for the time being,  most salaried workers continue to receive their wages regardless of whether they can continue carrying out their tasks or not.

The self-employed are closer to the source, which can be advantageous as long as things are running smoothly, but carries a risk when the money stops flowing. It is a fundamental distinction that may have faded into the background in the decades of economic boom, but which we are all now suddenly and forcefully reminded of. Even though they sometimes do the same type of work, the employed and the self-employed face a completely different set of risks.

What matters here is labour relations – the hierarchical relations under which work is done, and which determine how the work is remunerated, what the working conditions are, and who bears the risks when things go wrong.

The International Institute of Social History (IISH, Amsterdam) has a long-standing research programme on the history of labour relations and the origins and spread of the associated differences in remuneration, risk and control. Research efforts primarily focus on the last five hundred years, as this is the period in which our current economic world system came into existence, with all its inherent patterns of social and economic inequality.

Let us return to the differential risks for the employed and the self-employed in times of crisis. What is the historical perspective on this? Both wage labour and self-employment are probably as old as mankind. But wage and salary work as we know it today has a much shorter history. Until the advent of modern industrial production in the late nineteenth, early twentieth centuries, most wage workers were far more entrepreneurial than they are today, and the distinction between the employed and the self-employed was therefore also less pronounced.

Historically, piece rates were the norm for wage labour. Workers and employers agree on a price for carrying out a certain amount of work, expressed in numbers of units produced, volumes of earth moved, square metres of masonry, or length of wire pulled. This could be individual agreements, but workers often also took on work as a group, for a collective reward. Exactly when or how work was carried out, and who carried out which tasks, were of no concern to the employer. As long as the results met the requirements. But the financial risks associated with setbacks that delayed or complicated completion of the work, like unfavourable weather, poor materials, or heavier clay than expected, were borne by the worker rather than by the employer, as is the case with self-employment today.

Nowadays, at least in our society, time wages are the standard form of remuneration. Workers are paid by the hour, day, or month. As a rule, employers will only offer time rates when they can be certain of the fact that workers actually work during the time they are paid for. The advent of mechanised factory-based production created this condition, because the machine largely dictated the work rate, and the production process was broken up into a number of operations that could easily be supervised by a foreman.

With the rise of time wages, the financial risk associated with setbacks shifted from the worker to the employer. A machine breaks down, raw materials turn out to be sub-standard, but wages still have to be paid, even if production grinds to a halt. Employers usually compensated for this risk by keeping hourly  rates lower than the equivalent piece wages for the same amount of work. And, of course, they could always simply lay off workers when production came to a standstill due to unforeseen circumstances.

As now, for example, due to the current pandemic. Except that, in the meantime, a labour movement emerged, which started pressing for higher wages and better job security for workers and employees. Eventually, this resulted in the system of industrial relations we currently have in the Netherlands, featuring collective wage agreements, employment rights, and elaborate protection from dismissal. Effectively, the employer has become a buffer between the economic climate and the worker. As long as the employer remains in business, his or her employees will receive their wages. But if the employer fails, the employee also loses out. And as the crisis drags on, this presents our society with the current dilemma of whether government measures for weathering the crisis should continue to primarily compensate workers for income loss through the provision of wage subsidies to employers, as has been the case thus far, or whether it should also be partly redirected towards employers and entrepreneurs, so that they can adapt to rapidly changing economic realities. But should this restructuring also include redundancies? A fierce social and political discussion has emerged around this question.

Gijs Kessler is senior research fellow at the International Institute of Social History and a member of the Global Collaboratory on the History of Labour Relations, 1500-2000. 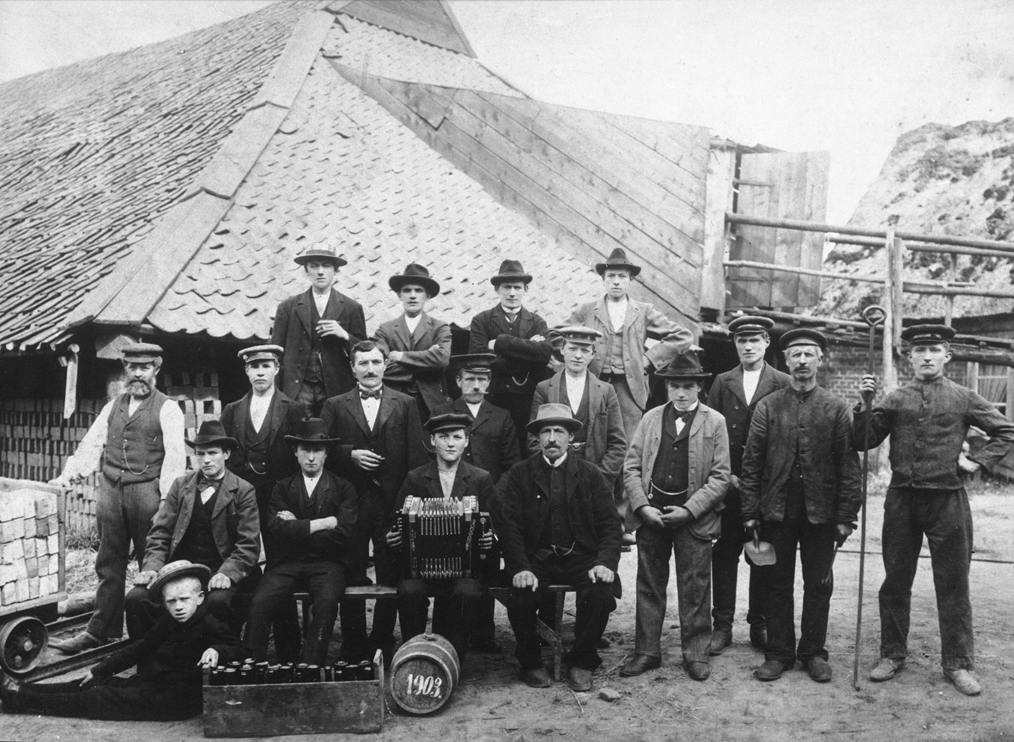