Spanish flu: How the world changed in the aftermath of the 1918-1919 pandemic by Touraj Atabaki

“One fateful night in the summer of 1918, with the Great War about to end, in the heart of the darkness three menacing horsemen each in possession of a whip and sword silently breached the walls and entered the town. One was called Famine, another Spanish Influenza and the other Cholera. The poor, the old and the young fell like autumn leaves ravaged by the assaults of these ruthless horsemen.”

The above description was written by Jamalzadeh (1892-1997), an Iranian writer who authored an eye-witness account of life in Iran and its neighbouring countries during the Great War. There are a good number of research studies available that investigate the outbreak of the Spanish Flu, at a time when the world was still reeling from the recently ended Great War. Jamalzadeh’s, however, is one of the few eyewitness accounts of the pandemic outbreak in Western Asia.

The virus spread rapidly across the globe between the Spring of 1918 and the Summer of 1919, infecting at least 500 million people, one third of the world’s population at the time, and taking the lives of at least 50 million worldwide. There is still some dispute as to whether this deadliest pandemic of modern times originated in the United States, in Europe, or in China. In any case, the virus was unjustly named the “Spanish” Flu. As a result of censorship in place during the Great War, reporting on the disease was restricted in many parts of Europe and the United States. Spain, however, having been neutral in the war, was one of the first countries to recognise the virus. It did not impose strict censorship and so the news of the first signs of the virus and its spread could be freely disseminated. As a result, people mistakenly assumed that the disease originated in Spain and dubbed it the “Spanish Flu”.

The number of victims of this pandemic far surpassed that of any other disease the world had previously experienced in the modern era. In the United States, up to the end of October 1918, during the first wave of infection, the flu took the lives of 200 thousand people. By the time the pandemic was over, the US death toll had reached 550 thousand. The virus spread to Asia, Africa and South America. In Iran, roughly 15 per cent of the population of 10 million people lost their lives.

The Spanish Flu greatly affected the world economy, wiping out large numbers of healthy 18- to 40-year-olds. In Britain, during the Summer of 1918, in a single day 80 out of the 400 workers of a spinning factory perished. In many countries which had seen their male population decimated by the war, the pandemic left even fewer young men to run the farms and factories.

The resulting labour shortage enabled workers to demand better living and working conditions, public health care, as well as better wages. These became major demands of workers not only in Europe and the United States but in many other countries around the world. For instance, in Iran first steps were taken towards forming trade unions, and workers began to strike demanding improvements in their working and living conditions. The first widespread strike in the Iranian oil industry, for example, was recorded in 1920, and resulted in higher wages and reduced working hours.

The workers’ protests led to fundamental changes in the way governments in many parts of the world carried out their social policies. The origin of developmental and welfare states lays in the combination of the pandemic and the Great War. This model of welfare and developmental states was taken up, in different ways, by some countries in Asia and South America in the interwar years.

A century has passed since the Spanish Flu had its disastrous effects around the world, immediately following the Great War. On the occasion of the centennial of the Spanish Flu outbreak, two years ago, apart from a handful of scattered ceremonies held by medics in different parts of the world, few governments commemorated this pandemic for what it really was; a global disaster with horrifying consequences. At the centenary of the end of the Great War, the fact that the number of deaths caused by the Spanish Flu was twice that which the world had suffered as a result of the war was not highlighted. Nevertheless, the influence the Spanish Flu has had on empowering people to change the course of their lives remains with us even today. The longer-term influence of the present covid-19 pandemic is yet unknown, and it remains to be seen whether it will have a comparable emancipatory effect on labour and the position of workers.

Prof Dr Touraj Atabaki is Senior Researcher at the International Institute of Social History. He is Professor Emeritus, holder of the chair of the Social History of the Middle East and Central Asia at the Leiden University. 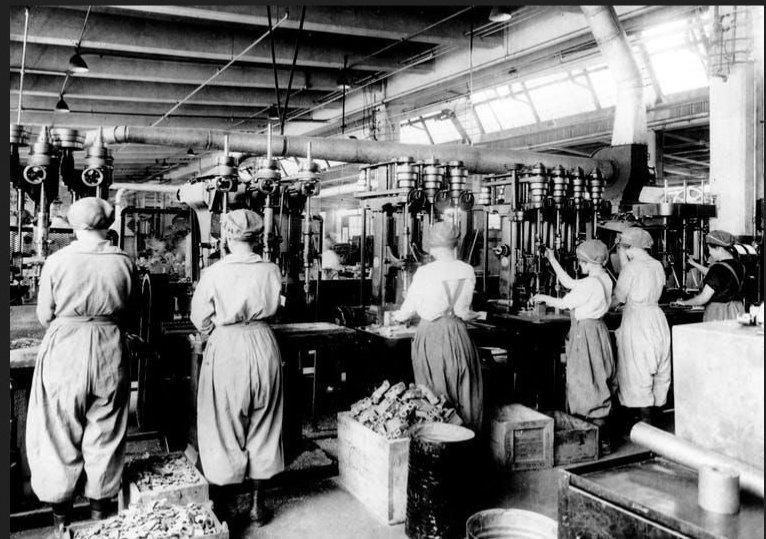