Central to social, economic and labour history is the world of work, as known by occupational activities and titles. Yet research, especially comparative research, is severely hampered by confusion regarding occupational terminology across time and space, within as well as between languages.

The information system makes available on the Web a historical international classification of occupations (HISCO) combined with information on their tasks and duties in historical settings as well as images on the history of work. 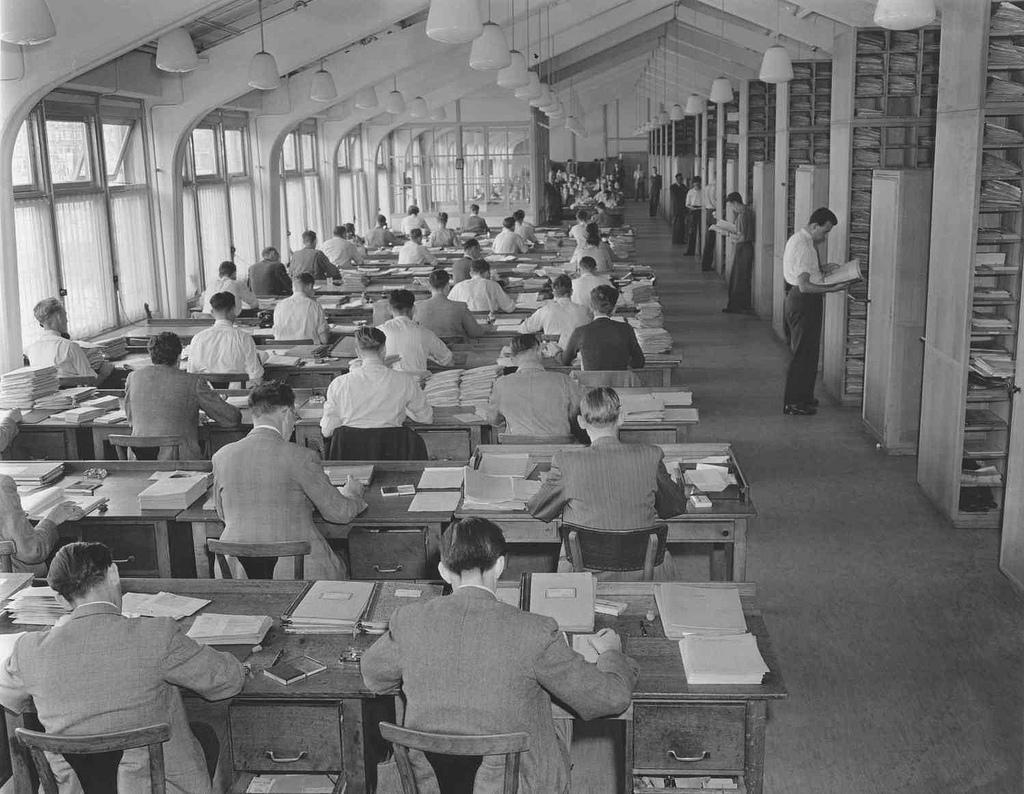 Starting in the 1950s the International Labour Office has developed an International Standard Classification of Occupations (isco) allowing classification of occupational activities worldwide. Naturally, this system is not intended to deal with historical information. In recent years, a group of historians and sociologists have started to build upon the 1968 version of isco to create a classification scheme for occupational titles in the 19th and early 20th centuries, called HISCO. t is tailored to cope with historical changes in the production process, and allows storage of information on product and status that could not be accommodated in isco. Large historical databases from which the hisco-data are taken and the international association of historians working on censuses have already agreed to adopt it, an many individual researchers are expected to do so as well.

Alltogether, the HISCO scheme is currently based on the coding of the 1,000 most frequent male and female occupational titles in datasets from eight different countries: Belgium, Britain, Canada, France, Germany, the Netherlands, Norway and Sweden. The occupational data which were employed to develop the scheme span the period 1690-1970, but are mostly from the nineteenth century. They contain titles declared by or recorded for people of all ages in parish and civil registration documents. The data used to create HISCO encompass the largest country in western Europe, the world's first industrial nation, the two most influential of the Scandinavian territories, and a newly-settled region of French-Canada. This, and an emphasis on variations within economies in sampling design, ensures that they provide a good mix of agricultural, industrial and commercial activities, of old and new technologies, of traditional and modern forms of organization. Moreover, the inclusion of two French-speaking populations, and a further region in which the official language was French, provides an effective test of the HISCO scheme's sensitivity to the relationship between language and meaning. Nevertheless, the scheme is currently limited in coverage to the Northern European and Atlantic economies. It is hoped that the future development of the scheme will broaden its scope. To this end, the coding of new data into HISCO is being undertaken in Columbia, New Zealand , Russia, and the USA, planned for India, and nearing completion in Portugal and Spain.

Why the Work on HISCO started

Comparative research on the history of work is severely hampered by confusion regarding occupational terminology across time and space. This is regrettable as occupations form a key variable in many fields of history, ranging from research into stratification and mobility, through demography, to studies of labour markets and production. Within these fields, it is often desirable, and sometimes essential, to make comparisons between regions and periods.

The problems caused by the difficulties of interpretation have been evident in the field of stratification and mobility, where social position as indicated by occupation is a crucial issue. Indeed it is frequently noted by historians that observed differences between tables of occupational mobility may very well be due to incompatibility between coding schemes or due to classification errors. Even when dealing with contemporary survey material in the social sciences, where the problem is arguably less severe, the same doubts on the validity of international comparisons due to anomalous approaches to classification have often been voiced.

Goldthorpe, for example, has noted that in many contemporary studies on social mobility: "there is invariably a passage in which methodological problems and, in particular, problems of comparability of cross-national data are discussed and acknowledged to be grave. But then, this ritual having been completed, the analysis of the data goes ahead, even with a variety of caveats.

The possibility that seems not to be contemplated, however, is that the degree of unreliability in the data is such that analyses should simply not be undertaken; that rather than such analyses being of some value as 'preliminary' studies, which may subsequently be improved upon, they are in fact no more likely to have some approximate validity than they are to give results that point entirely in the wrong direction."

It seems clear then that comparisons of important historical structures and processes would be a little less problematic if comparability in the coding of occupations was achieved. Such is the aim of HISCO..

The Web-based information system on the History of work will be centred around HISCO, but will include much more, notably information on tasks and duties as well as images of occupations in the past. Various types of such information may be selected.

Creating an interactive moderated information system on the history of work

We intend to create a Web-service providing access to hiscodes and allowing users to submit suggestions to the moderator, who will guarantee consistency and quality.

The service will also provide basic information on the data used, persons and institutions involved, and a selected bibliography.

The project is designed as a long-term infrastructural service to national and international researchers, gradually growing through their additions as the information system is used and appreciated. The Institute has a long-term global commitment to providing electronic services in this field.

Moreover, we intend eventually further to develop the system by adding other types of data for use with other applications such as a gis allowing users to map geographical and temporal range of occupational titles as well as gender divisions; software storing detailed information per sector of the production process and linked to individual occupations in that sector; software allowing linkage to rankings of occupations and occupational classes, e.g. literacy rates, tax-data, prestige scores etcetera.

If you would like to contribute to this project by coding occupational data into HISCO, supplying images of occupations, descriptions of the nature of the work, or otherwise, please contact: