The third Lexicon of Commodity Frontiers keyword conversation about “extractivism” will take place on 25th of May 2022, from 4 to 6 p.m. (CEST). (Zoom, hosted by IISH, Amsterdam)
Thea Riofrancos will present an overture from her work on the concept of extractivism/extractivismo, followed by commentary offered by Kristina Dietz, Boipelo Bonokwane, Verónica Gago, and researchers of the Environmental Justice Atlas project. We then open the floor to a discussion with the audience.

To attend, please register by emailing jacqueline.rutte@bb.huc.knaw.nl before Wednesday 18 May.

The Lexicon of Commodity Frontiers proposes and explores some of the crucial concepts at the core of research in the Commodity Frontiers Initiative. The lexicon aims to be a logbook for tracking efforts to translate our world into comprehensible processes and concepts for further investigation; it brings together concepts and terms with a long trajectory within and outside academia and newly emerging words, often originating in the work and practice of social movements. It offers insights into dynamic problems that should be (re)considered, (re)conceptualised, and discussed through key concepts that can serve as compasses while navigating the global history and present of commodity frontiers. The lexicon is a space of conversation and confrontation to explore existing ideas and forge new critical ones.
Having emerged in Latin America, “extractivism” now circulates across the Global South and the Global North, and nurtures a dialogue between academics and activists. We explore how its original definition as a development model based on the large-scale extraction and exportation of raw material has been expanded beyond natural resources and appropriated as a critical discourse and praxis of resistance.

Followed by Q&A with the public

Thea Riofrancos is an Andrew Carnegie Fellow (2020-2022),  an Associate Professor of Political Science at Providence College, and a member of the climate + community project. Her research focuses on resource extraction, renewable energy, climate change, green technology, social movements, and the left in Latin America. These themes are explored in her book, Resource Radicals: From Petro-Nationalism to Post-Extractivism in Ecuador (Duke University Press, 2020), her co-authored book, A Planet to Win: Why We Need a Green New Deal (Verso Books, 2019), and academic articles in World Politics, Perspectives on Politics, and Cultural Studies. Her writing has appeared in The New York Times, The Guardian, Boston Review, The Baffler, n+1, Dissent, Jacobin, among others. She is currently writing a new book entitled Extraction: The Frontiers of Green Capitalism, with W.W. Norton.

Kristina Dietz is Professor of International Development at the University of Vienna. She holds a PhD in political science from the University of Kassel, Germany. Together with Prof. Bettina Engels, she was director of the Research Group "Global change - local conflicts? Land conflicts in Latin America and sub-Saharan Africa" at Freie Universität Berlin. Her main research areas are conflicts over land and mining, extractivism and alternatives, critical agrarian studies, socio-ecological transformation, democracy and social movement studies, with a focus on Latin America, particularly Colombia. She is co-editor of the Handbook of Critical Agrarian Studies (Edward Elgar Publishing, 2021).

Verónica Gago teaches political science at the University of Buenos Aires (UBA) and is professor of sociology at the Instituto de Altos Estudios, Universidad Nacional de San Martín (UNSAM). As a researcher at the National Council of Research (CONICET), she is also part of GIIF (Group for Feminist Research and Intervention). Gago is the author of Neoliberalism from Below: Popular Pragmatics and Baroque Economies (Duke University Press, 2017), Feminist International (Verso 2020), is co-author of A Feminist Reading of Debt, with Luci Cavallero (Pluto Press 2021) and of numerous articles published in journals and books throughout Latin America, Europe and the United States. She is a member of the independent radical collective press Tinta Limón.

Boipelo Bonokwane is a Pan African feminist activist who is passionate about the political and economic emancipation of the working class and the poor. Prior to joining WoMin, she was part of a Pan African coalition where she led thoughtful research on a broad range of issues including youth, gender and working class communities in the region. She has also been the Africa Regional Coordinator of the Coalition Against the Mining Pandemic. She brings over 10 years of experience organising on Pan African matters, and she has worked across sectors with grassroots formations, trade unions and political parties. Her work experience includes project management and research coordination on Pan African struggles.

The Environmental Justice Atlas is an online repository and interactive database (ejatlas.org) that collects the stories of communities struggling for environmental justice around the world. It contributes to making these mobilizations more visible, highlighting claims and testimonies, and making the case for true corporate and state accountability for the injustices inflicted through their activities. It also attempts to serve as a virtual space for those working on EJ issues to get information, find other groups working on related issues, and increase the visibility of environmental conflicts. The Atlas is directed and coordinated at the Institute of Environmental Science and Technology (ICTA) at the Universitat Autònoma de Barcelona, Spain. 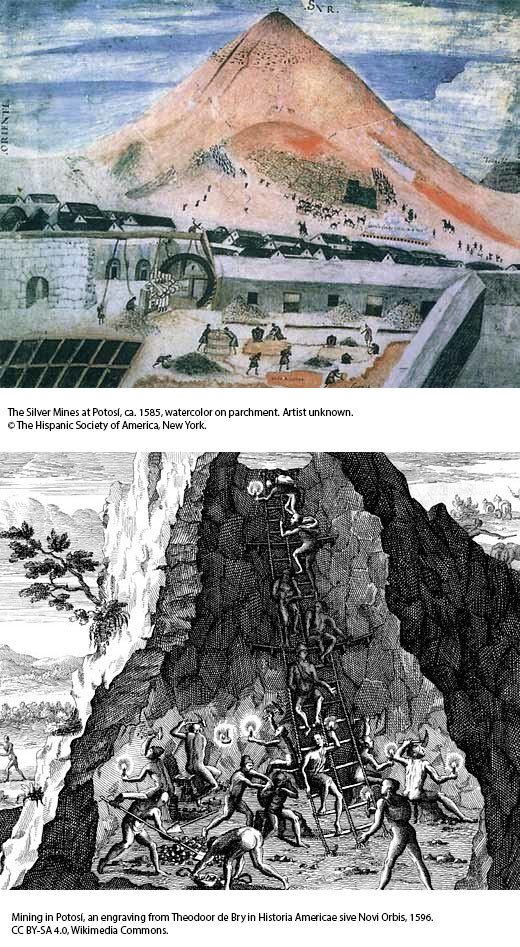