Every year the Friends of the IISH sponsor project of the IISH and help to do acquisitions to the collection. The most recent sponsored projects are ...

Joppe Schaaper did some archival research for Huub Sanders’ History of the IISH. He made a financial overview on the Institutes finances for the period 1935-1989. € 2.500,-
Thanks to financial support of the Friends of the IISH, Frank de Jong acquired an addition to the archives of A.C. Bakels (see: https://search.socialhistory.org/Record/ARCH00015). It is a mixed collection of archive material, handwritings, typo scripts and press cuttings. € 750,-
2 New Year's greeting cards signed by Ernst Kallai, December 1933.

The Electronic Repository of Russian Historical Statistics
The Electronic Repository of Russian Historical Statistics is a project by Gijs Kessler. For this project the IISH cooperates closely together with the New Economic School in Moscow: https://ristat.org/about/participating-institutions (link is external). It is a data-hub that provides a number of basic indicators for social and economic developments (population, land, labour, capital, production) at five cross-sections (1795, 1858, 1897, 1959, 2002). It makes international comparative research on a provincial level possible. The collection of data was financed by the Russian Dynasty Foundation. The distribution platform was built by the IISH. Olav Hofland, Gijs Kessler’s assistant, will edit the data and make it available for online distribution. Part of his costs were paid by the Friends. € 3.000,-

Quellensammlung zur Geschichte der deutschen Sozialpolitik 1867-1914
With the help of the Friends the IISH could complement the series Quellensammlung zur Geschichte der deutschen Sozialpolitik 1867-1914.
To that end we bought 11 missing volumes of the series which consists of a total of 26 volumes (some in more parts).
Added a photo of the whole series which was catalogued with also the support of the Friends.

In 2016 the Friends spnsored the acquisition of:

The book from 1948 presents the Dutch trade and industry to the Soviet-Union. Despite the Cold War, people saw ample opportunities. Posthumus wrote a contribution:

In 2015 the Friends sponsored the acquisition of:

Two Autograph Letters by Leonie Rouzade Signed, one dated 22 January, 1902 to a friend (very likely Alix Lebey) informing him of the death of her husband, Auguste Rouzade. The second, dated 28 July, 1915 adressed to Alix Lebey, concerning his intended visit, her state of mind and her present life and the translations of her works.

In 2014 the Friends sponsored:

In 2014 the Friends contributed to:

Two research projects have been made possible by supplementary donations from individual Friends: 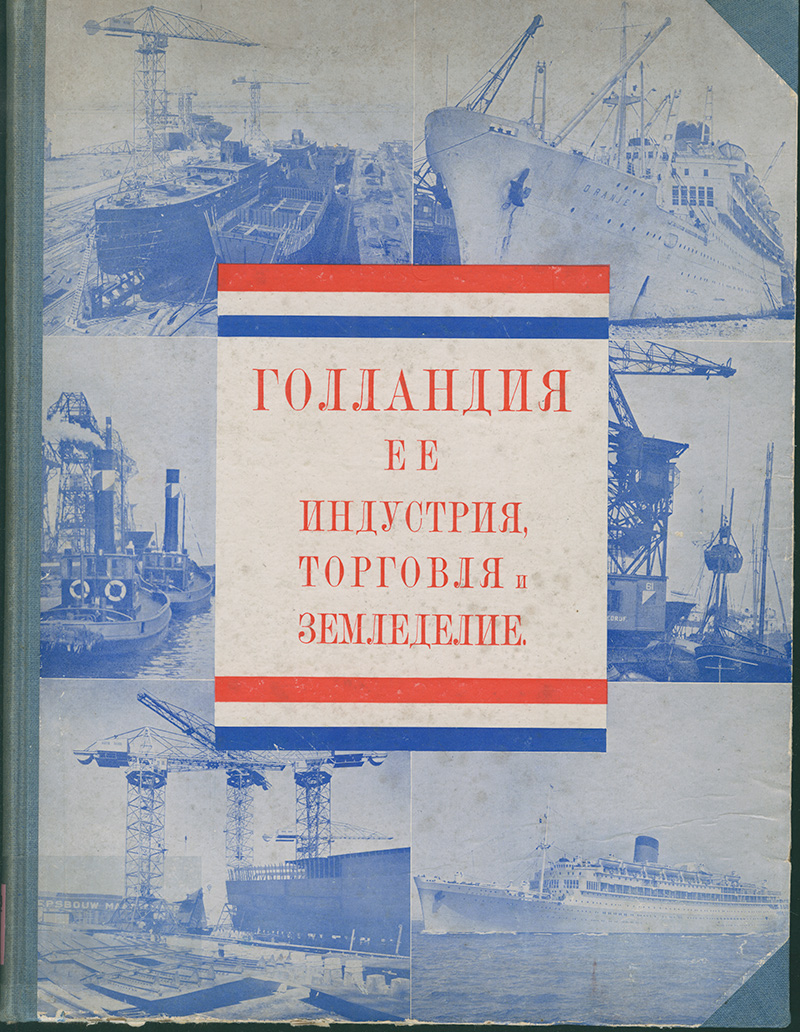