Coin Production in the Low Countries

The IISH research project ‘Coin Production in the Low Countries, fourteenth century to the present’ by Jaco Zuijderduijn, Rombert Stapel and Jan Lucassen makes available data on mint production in the Low Countries. It provides scholars with a user-friendly approach to large datasets, and allows them access to such variables as regional production figures and coin denominations.

This movie displays all mint houses and mint authorities in the Low Countries from 1100 to 2016. Each frame represents a year. 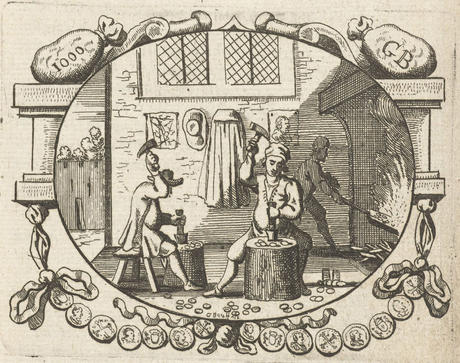 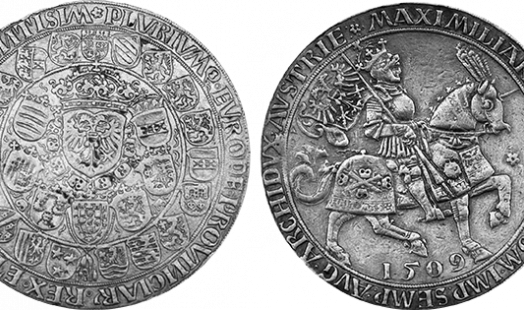 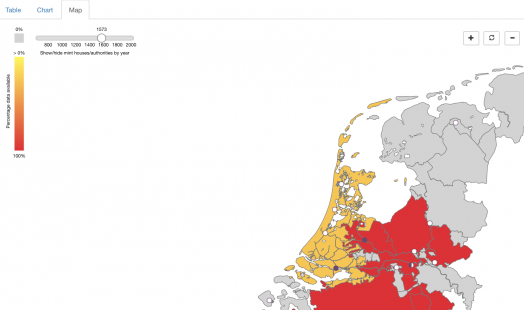 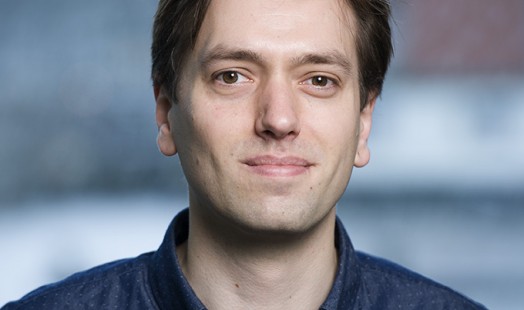 Coin Production in the Low Countries, fourteenth century to the present’ the datasets of several scholars, including John Munro, Eddy van Cauwenberghe and Lucy Verachten, and Menno Polak, are brought together in one dataset. The dataset covers seven centuries of mint accounts for the largest part of the Low Countries (present-day Netherlands, Belgium and Luxembourg).

The datasets of Munro and Van Cauwenberghe and Verachten were already combined and digitized in the 1980s. Although these data have been brushed up where necessary, we kept the original structure of the datasets intact as a backup for researchers who, for whatever reason, need access to the original files. In addition we included the data of Menno Polak for the Dutch Republic, covering 1606-1795. The data were published in the appendix to his 1998 book, and later digitized by Steve Quinn and Will Roberds, who graciously contributed their files to this project. Further added are data on the nineteenth and twentieth centuries, and several smaller datasets. We are continuously looking to improve our coverage further.

The result is an overview of coin production figures covering many centuries. Of course we deal with omissions: not all mint accounts go back to the fourteenth century, and not all administration has survived. The website allows for an overview of the mint house data we have at the moment, and the missing data. Coin Production in the Low Countries, fourteenth century to the present also does not pretend to be the final dataset: like any other dataset it reflects the data that has been collected and made available up until now. Although we are confident we cover the vast majority of the coins minted in the Low Countries, some new or overlooked sources may emerge in the future; we are likely to make additions in time. The dataset represents the data we presently have, and is a tool to be used by scholars looking for variables related to coin production.