The International Association on Strikes and Social Conflicts organises:
The Fifth International Conference on Strikes and Social Conflicts that will take place in Rotterdam, Netherlands at the headquarter of the Rotterdam branch of the Dutch Trade Union Confederation (FNV) from 22-24 June 2022. Its objective is to discuss and assess the changing character of strikes and social conflict over the course of capitalist history. The focus is on the lessons learned from the approaches and strategies of trade unions and social movements in terms of responses to the social and economic changes that accompanied globalisation.

Among the specific questions to be addressed are the following:

1. Internationalism and Solidarity
Despite the events following the murder of George Floyd, global ‘Black Lives Matter’ solidarity protests in over 60 countries on all seven continents, no new international solidarity organisation has emerged since the collapse of the World Social Forum in 2018. What are the reasons for the lack of a sustainable international solidarity movement to emerge and what kind(s) of organisation is required? What is the character and significance of solidarity movements in the current period?

2. Strike Waves
Strike waves and mass strikes continue to be a feature of 21st century capitalism. These include the major strikes and mass strikes that took place in South Africa, Portugal, Spain, Greece, China, United States, United Kingdom, Iceland, Turkey, Egypt, Tunisia, Germany, France, India, Cambodia and Brazil. What explains these upsurges in strikes and what are the national and global trends? Has the character and the geographical location of strike waves changed in the long term?

3.   Trade Unions and Social Conflicts
Over the last two decades, the proportion of workers organised in trade unions has been declining across the globe. Strikes and mass protests can and do occur in the absence of trade unions. What impact has the emergence of the neoliberal economy, the introduction of new technologies and the proliferation of atypical forms of relations between workers and their employers had on the ability of trade unions to utilise the strike weapon effectively? Is there a progressive decline in the levels of labour strikes at national and international levels?

4. Strikes, Revolts and Revolutions
Since the escalation of the capitalist crisis in 2008, there has been a major international cycle of class struggles. The anti-austerity movement in Greece in 2010, the Arab Spring (Tunisia, Egypt, Libya, Syria and Yemen) of 2011 were followed by the wave of demonstrations in Istanbul’s Gezi Park and massive demonstrations in several Brazilian cities in 2013. In 2018 there was the eruption of the Yellow Vests in France and in 2020 the Black Lives Matter global protests. What is the relationship, if any, between labour strikes and the revolts and revolutions of the early 21st century?

5. Social Movements and Political Changes
Social movements are not organisations, yet they play a significant role in confronting political institutions. Although they have a horizontal organisation through networks of informal relationships, they still maintain an internal hierarchy with a leadership system. Despite the relative flexibility of form when they develop as national phenomena, they can also unfold on a transnational level. To what extent have protest-oriented forms of participation led to major political change? Have social movements overtaken labour movements as the primary vehicles for political change?

6. Protest and Climate Change
The climate crisis is accelerating. In 2019, millions of people joined together in the first global “Climate Strike” against climate change. Activist groups are responding by using protest to amplify the urgency of the situation and subsequently motivate the public and policy makers to act. Smaller or less prominent protests have also been taking place in cities across the world every year. What is the class and ideological character of this movement and what are its strengths and weaknesses as a movement to overcome climate change?

Programme V International Conference on Strikes and Social Conflicts in the 21st Century_0.pdf
Venue of the Conference.pdf 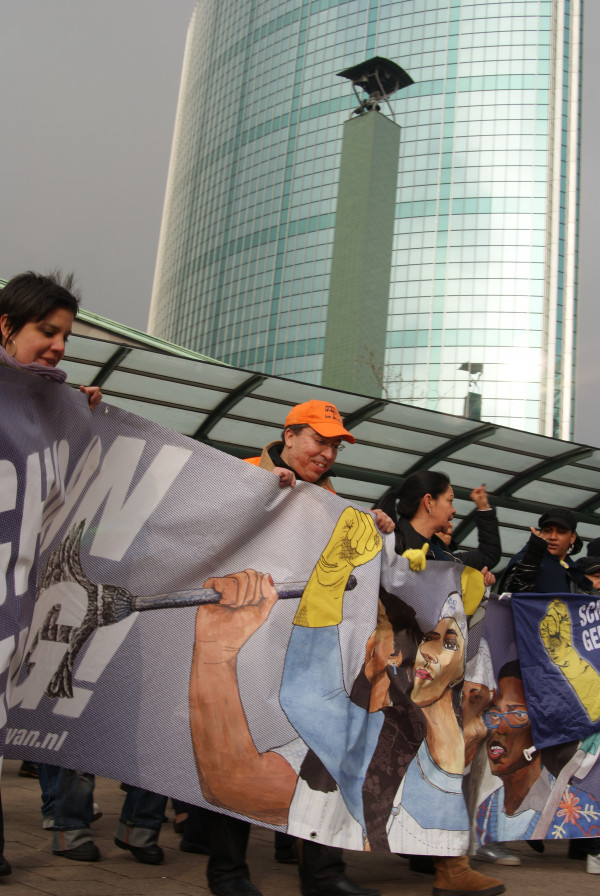