Introduction
Just before the end of the Spanish Civil War in April 1939, the Confederación Nacional del Trabajo and the Federación Anarquista Ibérica managed to safeguard their archives by sending them to the International Institute of Social History in Amsterdam. The archives, stored in 48 wooden boxes- known at the time as “las cajas de Amsterdam”- left the Comité Regional building of Barcelona that April. After a long trip with stops in Paris, Harrogate and Oxford, the boxes arrived in Amsterdam in 1947.

Finally, safe at the IISH, the archives remained closed for more than thirty years while the CNT survived in secret until the death of the dictator Franco. It was only in the eighties that the material was organized and the inventories created, leaving, however, the photographic material from the Foreign Propaganda Office of the FAI, in the past and relegated to the back of the shelf. The Photo Archive of the Foreign Propaganda Office remained practically invisible until 2016 when its materials were organized and its inventory created and made public.

The Story
When the war broke out the Foreign Propaganda Office of the FAI was located in the building of the Comité Regional in the old Vía Durruti in Barcelona, known then as the ‘’casa CNT”. From the first weeks of the conflict, the FAI offices had a Graphic Department (Sección Gráfica) that prioritised photography as a propaganda weapon. This department sourced and bought photographs from independent reporters, for example, Pérez de Rozas (1893-1954) and Finezas (1889-1957). In addition to accessing these photographs, the FAI also had their own photographers, which included, Polish photographer Margaret Michaelis and Hungarian photographer Kati Horna.

Even though there is no existing documentation in the FAI archive that confirms it, it is generally accepted that Margaret Michaelis, who had been based in Barcelona since 1933, worked for the Graphic Department during the first months of the war. She then became a photographer and confidante to the anarchists. There is proof of this in the photos she took when travelling with the Russian anarchist Emma Goldman (1869-1940) and the Dutch anarcho-syndicalist Arthur Lehning (1899-2000) in the autumn of 1936. These trips were planned by their colleagues in the propaganda offices and documented in Michaelis´ photos. Through my research, images from these travels were identified among the negatives from Michaelis’ photographs in the FAI archive.

The Propaganda Department changed when Kati Horna arrived in January 1937. Then known as Catalina Polgare, she arrived in an anti-fascist Barcelona with her husband at the time, the Hungarian revolutionary Paul Polgare (1911-1964). Once there she became the official photographer for the anarchists and their photo-agency: The Spanish Photo Agency, better known then as Photo SPA. Thanks to this role, her work was published in international magazines such as the British Weekly Illustrated.

In July ´37 Horna left Vía Durruti in Barcelona to move to Valencia and work as a graphic editor for the magazine Umbral. Seven months of hard work in the Foreign Propaganda Offices culminated in the photo album ¿España? Un libro de imágenes sobre cuentos y calumnias fascistas: el álbum de propaganda antifascista and hundreds of negatives taken with her usual rolleiflex camera. This seminal work allows us to better understand her perspective of, and relationship with, the anarchists.

In mid 1938 Kati Horna travelled to Paris to buy photographic material on a trip she would never return from. She was in Paris for a while with her partner José Horna (1909-1963), from whom she took the surname for which she is now known. The couple decided they could not to return to Spain and instead went into exile in Mexico to start a new life. In their move, Horna had to leave her photo archive behind in Vía Durruti which, which my research has now identified, forms a part of the archive of the Foreign Propaganda Office of the CNT-FAI. [1]

Results
Depending on funding, the project aims to make the work of both photographers available in an online catalogue, a travelling international exhibition and a printed publication.

For more information on the project: almudena.rubio@iisg.nl 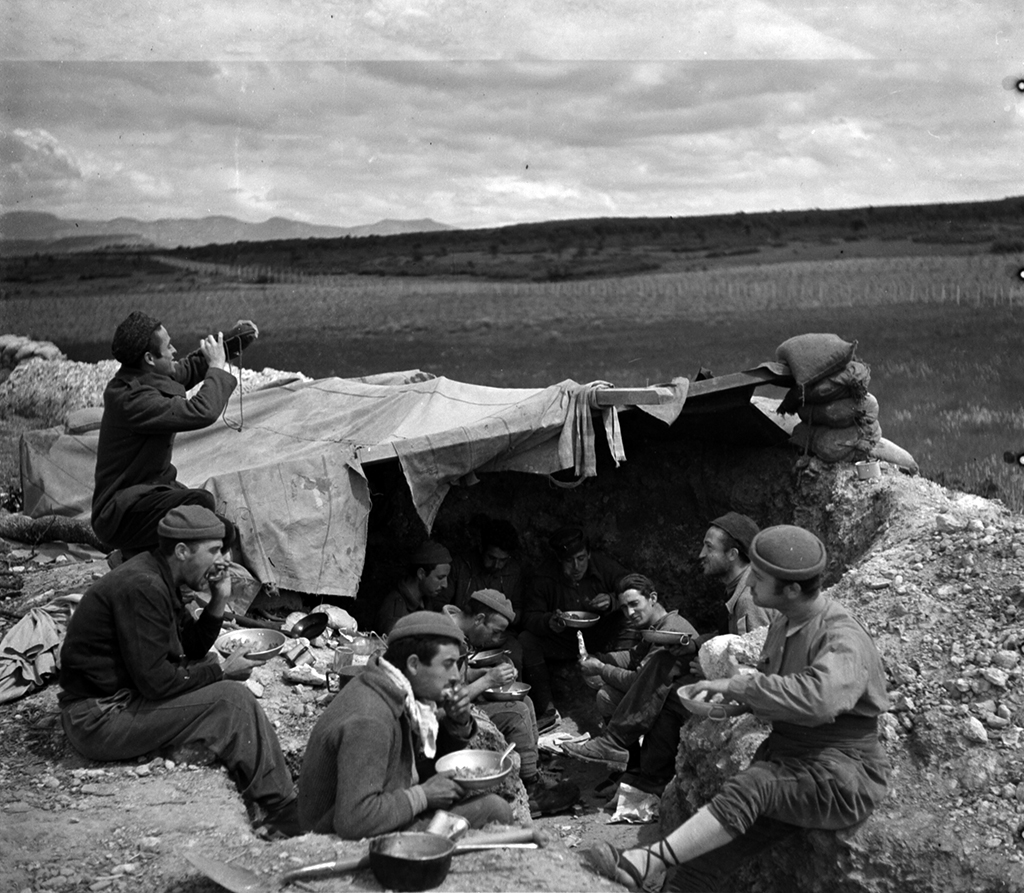