The Commoner's Party [in Thai: พรรคสามัญชน] is a new party in the Thai political spectrum. Founded in late 2018, the leftist party decided to take part in the 2019 general elections, the first one after 5 years of military rule since the coup in 2014. As a small party and a party with only very modest means, there was no money to print election posters in big print runs. Banners were from cloth and all hand made by stenciling /silkscreen methods. The party logo is the equal sign = which on some banners was forgotten.. it remained handwork after all (see below)
Since Thai election law requires that the producer of the election materials is made known there are little stamps in the bottom of the banners and a number indicating the “print run” of a banner. And then the big question after the election circus is over: what to do with the remaining banners (you have to clean up your own banners in Thailand). Well, since they are made of cloth you could for instance turn them into bags … buy a Commoner’s Party bag for the solidarity price of 500 baht ..

We got a small collection of three banners, a bag and a cap (and of course the election manifesto)

The text on the banner below reads:

Number 29
Being old without fear
Pensions for all

On the bag (right) you can see the visualization of the three principles: the hands, the equal sign and the balance (of justice).

For pictures of how the banners were made and used and other pictures relating to the work of the Commoner’s party see http://www.lukeduggleby.com/the-commoner-party 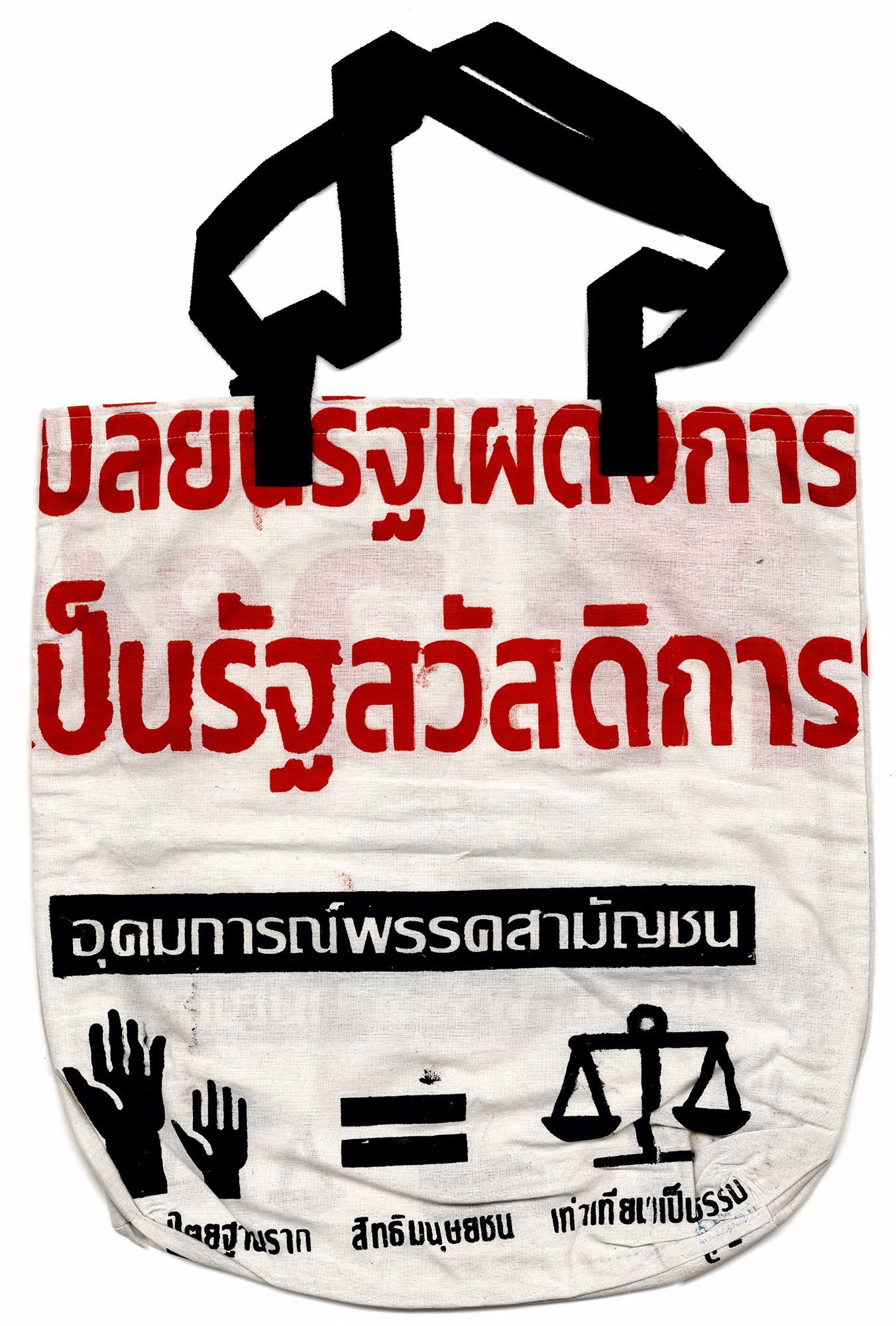 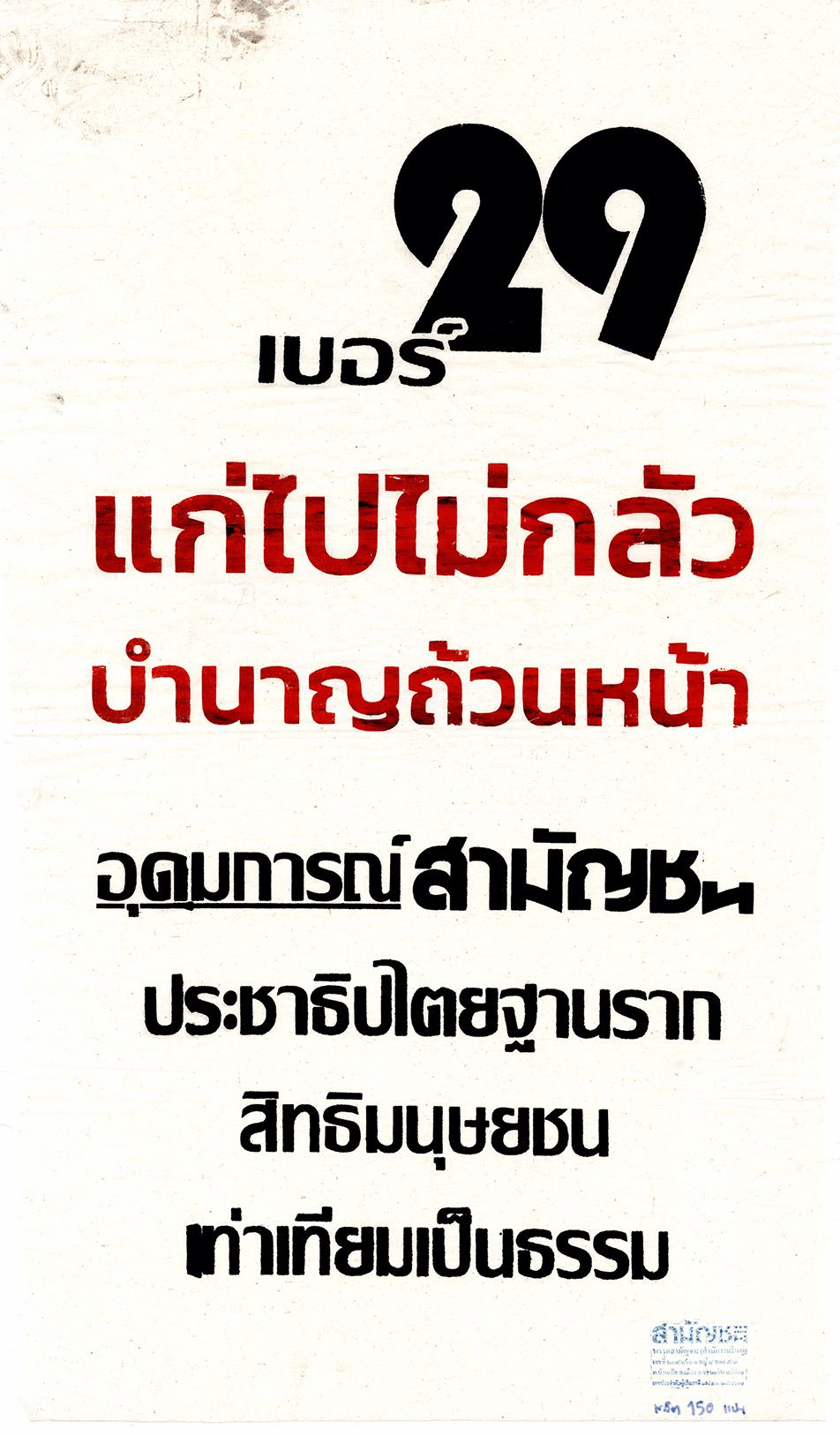