IISH collects all kind of ephemera, not only printed matter. One type of these ephemera are so-called mouth masks or mouth caps. Under these keywords I can find only two in the whole collection (both from Thailand, from the political protests about a decade ago).

A friend of the (virtual)  Thai Museum of the Commoners sent me pictures of two mouth masks recently acquired in Thailand which I would like to present here.

Maybe this can also be an opportunity for us to reach out to the worldwide community to enhance our collection of political and socially inspired mouth-masks. If you have any of these and you would like to keep them for posterity please contact: eve@iisg.nl. 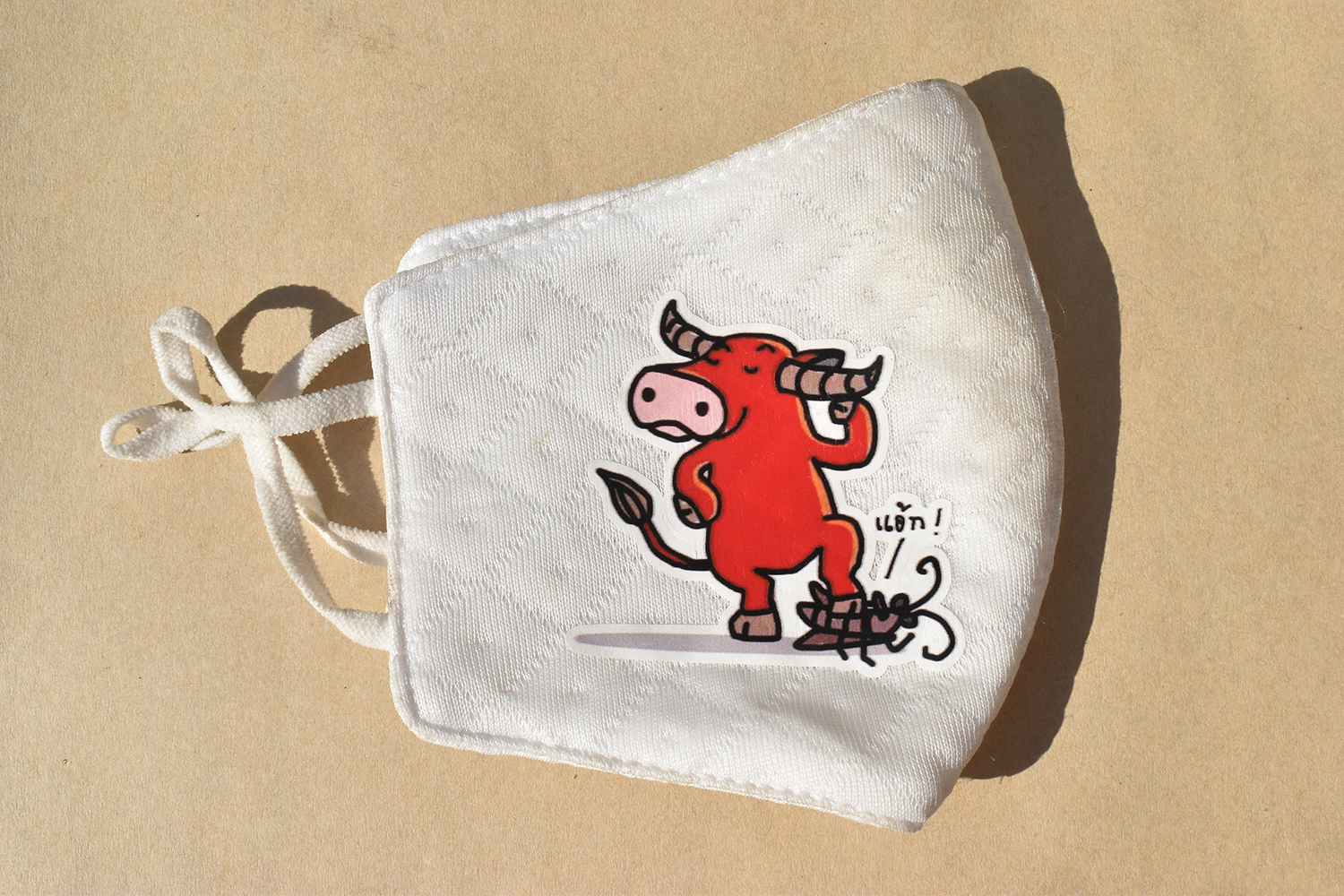 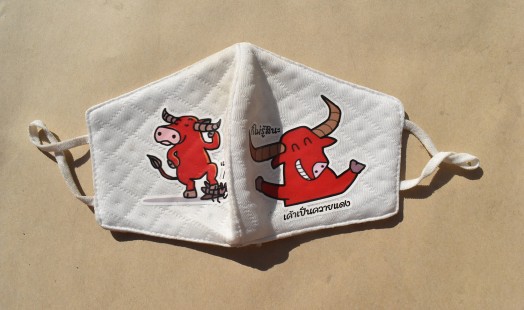 Red Buffalo - Kwai daeng in Thai - was a derogatory name used by their opponents to address the Red Shirts meaning so much as stupid people (buffalo in Thai is used as an insult) The red Shirts though turned it around and took it as something to be proud of. We are red buffalo’s, so what?

The image on one side sees the buffalo crushing a cockroach, the cockroach standing for the Democrat Party, or more precisely PM Abhisit at the time. It’s a reference to the political conflict around 2009-2010. A cockroach is known as a survivor and so was the Democrat Party, always getting away with what they did.

For a while these characters were also used in the popular chat-app Line as stickers (emoji’s) but were later removed.

ก็ไม่รู้สินะ : เค้าเป็นควายแดง :  I don't know : I am a red buffalo. 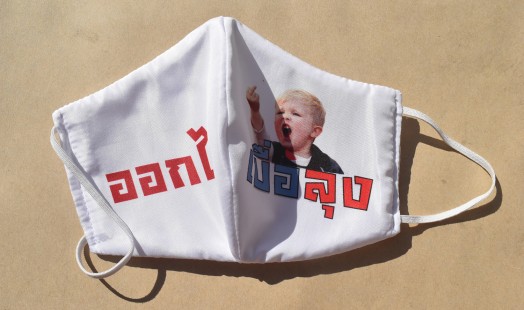 Get out, bored with Uncle

The kid on this mouth-cap is screaming that he’s bored with Uncle and tells him to ‘get out’.

Uncle here is a reference to Prayuth Chan-ocha the current PM of a military backed and dominated civil government, but also the leader of the coup of Thai 2014 and as General involved in the suppression of the street-protests in Thailand in 2010.

Fun fact: the picture of the kid used on the mask is originally from a photo of a Dutch football fan, supporting the club Feyenoord in 2002. The photo has been used in many internet memes since.