The records of the ‘People’s Information Centre: April-May 2010 Crackdowns’ (PIC)

(this blog was earlier posted on February 4, 2019, but somehow wasn't transferred to the new website environment)

PIC was a Thai human rights organisation founded after the repression of the Red Shirt protests around the Rachaprasong intersection in Bangkok. In total 91 people were killed during the protests in April-May 2010 (80 civilians, 11 government servants) PIC sees it as her task to clarify the circumstances under which people were killed and to force the government to take her responsibility.

The results of their enquiries resulted in the publication in 2012 of a massive report (1390 p.) under the title: Khwam jring pue khwam yutitham : hedkan lae polkratob jak kan salai kan chumnum mesa prusapha ha sam and five years later in an abrogated English edition (online only): Truth for Justice : a fact-finding report on the April-May 2010 crackdowns in Thailand

Last month IISH received a complete copy of the digital data collection from PIC, almost 500 Gb.
The digital records will only be accessible with their permission.

Other materials from the PIC in our collection constitute a t-shirt and a sticker. 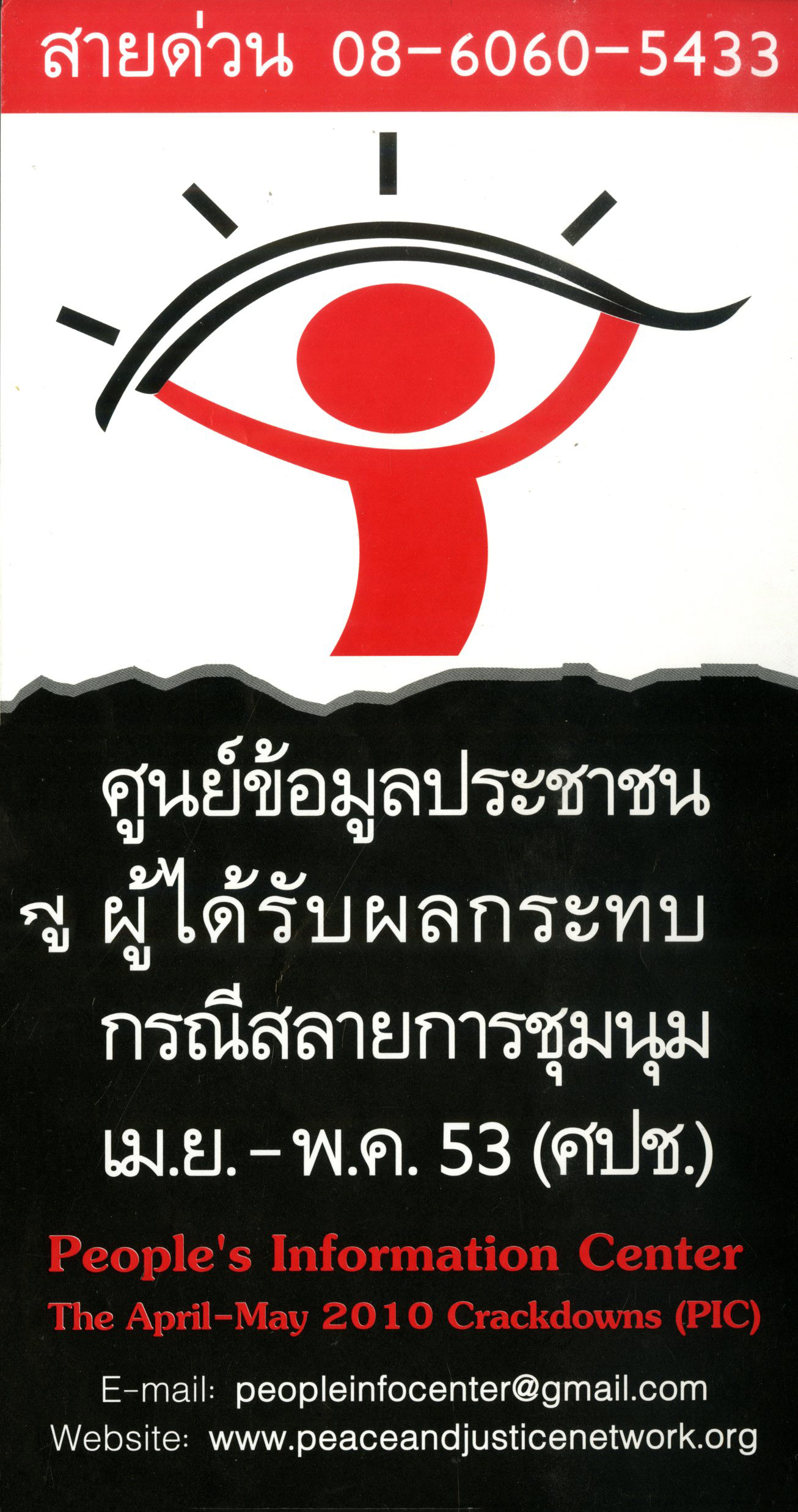