The Academy Library - formerly part of the now defunct Library KNAW - contains the library collections of the Royal Netherlands Academy of Arts and Sciences that were collected during the nineteenth century.

The collection contains ca. 200,000 volumes and is accessible by the catalogue. The Academy Library is an important source for research in the history of science in the Netherlands and - because of many substantial and important gifts - a true treasure trove of rare and sometimes unique objects.

The library encompasses all scientific disciplines. It includes the private library of Admiral Jan Hendrik van Kinsbergen (1735-1819), manuscripts of poet and writer Constantijn Huygens (1596-1687) and scientist Christiaan Huygens (1629-1695) and the complete oeuvres of Dutch poets and writers Willem Bilderdijk (1756-1831) and Jacob van Lennep (1802-1868). The Academy Library contains over 700 early printings (1480-1600) and important series of periodicals from learned societies, travel and expedition accounts, manuscripts and pamphlets. A small part of the collection is given in permanent loan to other institutions in the Netherlands; however, the larger part of the collections is stored in the IISH-building in Amsterdam. 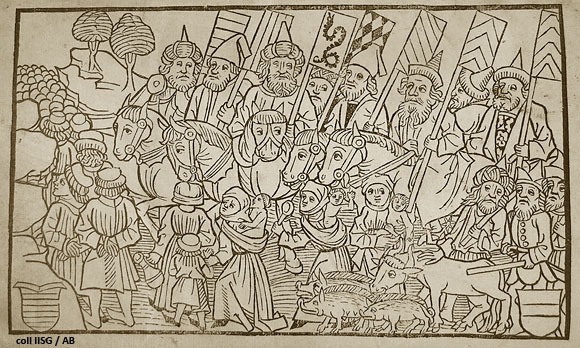