About the Friends of the IISH

The IISH needs a stable financial base to be able to build and maintain our collection, do research, facilitate research by other scientists or organize events in the field of social history. The KNAW, the government, the National Library, project funding and The Friends of the IISH (among others) help us gain that stability.

Focussing on the Friends of the IISH:

The IISH is seeking personal as well as monetary input. In addition to financial contributions, personal interest is vital for the Institute to be seen and heard.

The least we can do for our friends

For more information on (joining the) friends of the IISH, please send an email to friends@iisg.nl 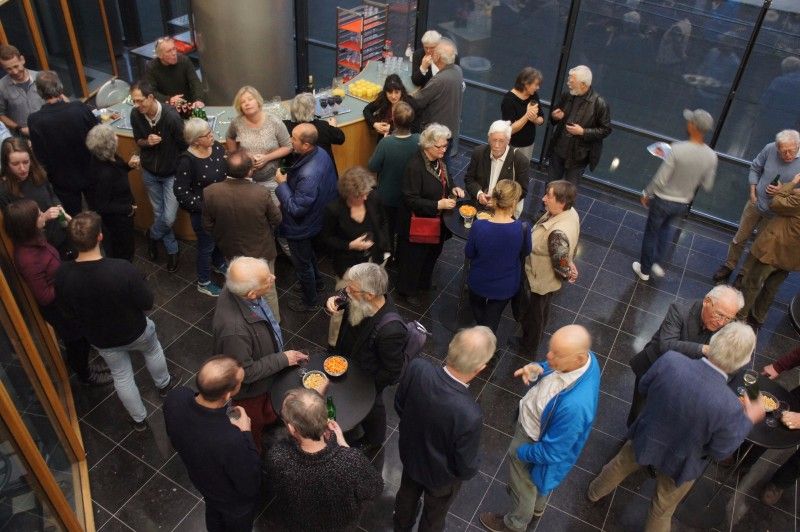 The IISH is the largest institution for social history in the world. It attained this position thanks to its ongoing efforts since 1935 to protect the cultural heritage of the labour movement and other emancipatory groups and schools of ideas - often in very threatening situations.

Through these activities the Institute now manages close to 5.000 archives, including the papers of:

The institute is the permanent repository for organizations such as:

Effective intervention has led to the transfer of countless documents to Amsterdam from Latin America, Eastern Europe, the Middle East, the Caucasus and large parts of Asia. In recent years many hundreds of thousands of documents from critical news groups have been collected on the Internet. Likewise, the library and the audio-visual collections contain a wealth of unique and semi-unique items, especially periodicals, photographs and posters. All material is retrievable online via a web site that draws about 750,000 visitors a year.

The Institute's research department is also among the largest in the world. It publishes books, articles and source publications in many languages and annually convenes dozens of historians specializing in labour and labour relationships at international conferences.

The IISH issues Dutch and international series of books, as well as the leading International Review of Social History published with Cambridge University Press. Every two years the European Social Science History Conference takes place in Amsterdam and draws close to a thousand scholars of history and social sciences from all over the world.

Coöperations
The Institute works closely with several institutions operating out of its premises:

For 75 years the IISH has been indispensable to both the movements and the research. At the very beginning the foundation Stichting IISG was established to manage the collections. This private law structure emphasizes the political independence and consequently the diversity of the sources collected. The source of funding was therefore private: without the insurance company De Centrale, the IISH would not have existed and could never have performed its chief rescue operations.

The government - first the municipal authorities and later the national ones - also appreciated the initiative's value. Today, the Royal Netherlands Academy of Arts and Sciences (KNAW) covers most of the Institute's operating costs. The Stichting IISG also receives a grant from National Library of the Netherlands for collection conservation. Project funds are the third source of income and are dedicated to specific tasks, largely research projects.

A permanent financial base

Over time the balance between these sources has shifted considerably. Initially the budget consisted primarily of private funding, later on of government subsidies and these days increasingly of project grants. By 1997 the structural funding from the KNAW was only two thirds of the total. While the change is attributable in part to the Institute's success in fundraising, it results more from the universal reduction of government involvement.

Structural funds have dwindled somewhat in nominal terms and substantially in real terms, thus affecting the work that distinguishes the IISH from nearly all comparable institutions. Remaining active in this field requires a permanent financial base.

By 1999 the need to revive private initiative led to the establishment of the organization The Friends of the IISH.

The Friends of the IISH (among others) help us gain financial stability and a valuable personal input.

We'd love to have you as our friend as well ...