A detailed History of the IISH

This page contains a detailed history of the International Institute of Social History, from the early beginning until most recent events.

The International Institute of Social History (IISH) was officially established on November 25, 1935, but its history goes back to the 1920s. In 1914, Nicolaas W. Posthumus (1880-1960), who ranked among the pioneers of modern economic history in the Netherlands had set up the Netherlands Economic History Archive (NEHA), the first of a series of scholarly institutions he initiated.

The NEHA concentrated on the preservation of archives of companies and related organizations, and on the collection of other sources relevant to economic history. Since Posthumus was a collector with a broad vision, he included materials from individuals and organizations in the Dutch labour movement. At the beginning of the 1930s two independent developments made the establishment of a separate institution desirable. First, the fast growing social-historical collections present in NEHA demanded a separate approach. Second, the political situation in Central and Eastern Europe was rapidly worsening. Hitler's seizure of power and developments in the Soviet Union threatened people of all convictions within the labour movement, as well as their collections. Posthumus was dedicated to saving their papers as he was sure they would be destroyed if they fell into the wrong hands, or in the most favourable case would no longer be accessible to independent researchers for many years.

He envisaged an independent, neutral, scholarly institution and was fortunate to meet Nehemia de Lieme, director of De Centrale, an insurance company with close ties to the Social-Democratic movement. Its statutes required the donation of a part of its profits to cultural aims of the labour movement. De Lieme became convinced of the importance of Posthumus' initiative and De Centrale supported the Institute on an extraordinary scale in the years preceding 1940. In the period 1935-40, attention was focused on saving material from all over Europe. The most important collection acquired in this period was the archival legacy of Marx and Engels. The Institute's extremely active first librarian, Annie Adama van Scheltema-Kleefstra, actually smuggled Bakunin's manuscripts (part of the famous Nettlau collection) out of Austria, just before the Nazis marched into Vienna. Libraries and archives of Mensheviks and Social-Revolutionaries who had fled Russia were also brought to Amsterdam.

The list of major acquisitions is too long to be included here, but mention should be made of the records of the CNT and the FAI : only weeks before Franco took the final Republican areas in Northern Spain in May 1939, they were brought to safety over the Pyrenees. How serious the risks were for the archives that the Institute tried to collect became apparent when its Paris branch was broken into in November 1936. Documents of Trotsky were stolen, most probably by agents of Stalin's secret service.

Posthumus' far-sightedness had led him to set up a subsidiary of the IISH in Britain. The most valuable archives were taken there to safety when, following the Munich Agreement, the Institute's Board became convinced that the threat of war would not stop at neutral Holland's borders. And Posthumus was proved right when only days after the country was occupied by German troops in May 1940 a group of Nazi functionaries presented themselves at the Institute's door. On July 15, the IISH was closed by order of the Sicherheitsdienst. Staff were sent home and the Einsatzstab Rosenberg moved in.

Although many materials had been taken to safety, the library alone still comprised around 300,000 titles. A number of very important Dutch records were also still located in the Institute, including many of the SDAP (the Social-Democratic Labour Party). German bureaucracy was divided on the collection's fate. Over time, parts were shipped to Germany to be used for a variety of purposes. In September 1944, the remainder was removed and shipped east on board 12 Rhine barges.

Most of it was only rediscovered in 1946 near Hannover in the British zone of Germany. Other documents were returned thanks to the efforts of the US Army's Offenbach Archival Depot. Material located in the Soviet zone of Europe was returned with less alacrity or not at all. The SDAP records were sent back from Poland in 1956-57.
In 1991, following the failed coup in Moscow, other IISH materials proved to have been preserved for years in a top-secret archival institution in the Soviet capital. All in all, however, war-time losses proved to be remarkably small. 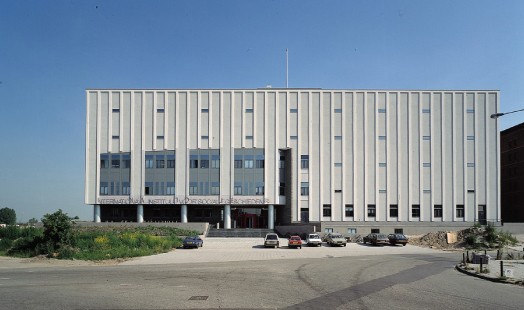 It would be a decade before the Institute was back to normal. When the damage was surveyed after 5 May 1945, it turned out that literally everything had been removed; there was no catalogue, no furniture, no filing cabinets etc. During the 1950s, IISH worked to reestablish order in the archive and library. The financial situation was problematic, since De Centrale was no longer able to subsidize the Institute's work in the way it had before the war. With assistance from the University of Amsterdam, the City of Amsterdam and monies received from the Wiedergutmachung fund and the Ford Foundation, the Institute gradually began to recover. 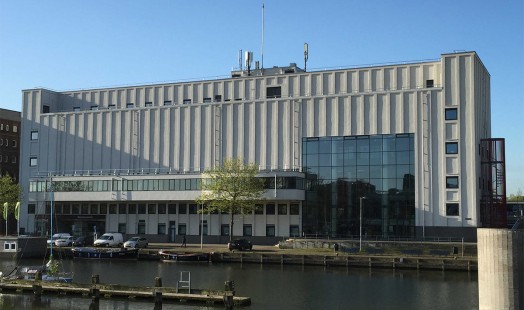 In the 1960s and 1970s, the Institute benefited from the growing interest in the history of social movements and ideas. It resumed its old task of saving the archives and libraries of persecuted people and organizations. This is how Amsterdam became home to material from Latin America in the 1970s. Similarly, in the late 1980s, action was taken to provide a safe haven for the documents of Turkish parties, trade unions and individuals.

Since 1979, the Institute has worked within the framework of the Royal Netherlands Academy of Arts and Sciences. For the ever growing collection and the growing staff new accomodation was found in 1989 in a former cocoa warehouse in Amsterdam's Eastern Docks redevelopment area. Here the Institute was physically reunited with the NEHA. The Netherlands Press Museum, an independent organization, also moved in.

The collected material serves as one of the fundamentals for the IISH research programme, which has ‘global labour history' as its theme. It researches the global history of labour and labour relations, with the role of people at work as its main focus. Therefore the IISH also cooperates with research institutes on all continents.