Including lecture by Jaap Kloosterman at the Friends meeting on 30 January 2014:
Secret Societies: An Outline in Five Anniversaries

The previous issue appeared shortly after the sweeping reorganization of the IISH. Since January 2014 fewer staff were available to perform this nonetheless formidable task. Logically, therefore, internal organization has been discussed frequently and in depth over the past half year. New consultation formats have been devised, and our Institute appears to be facing the world with new zeal.

What is clear, however, is that the world knows the way to the IISH. In December 2013 we received a visit from Bolivian Vice President Alvaro Garcia Linera, and on 25 March 2014 two ministers from South Africa came to the Institute. These two politicians were in The Hague for the Nuclear Security Summit.

President Obama, who was in Netherlands for the same reason, was placed at the Rijksmuseum in front of the Night Watch of his own volition. The Bolivian vice president and the South African ministers opted to visit the IISH. Alvaro Garcia Linera wanted to see the Marx’s manuscripts in real life. As a participant in a revolutionary process in Bolivia, they are an ongoing source of inspiration to him. The leftist sociologist gave us an impressive stack of his publications.

Minister of Foreign Affairs Nkoana-Mashabane and Minister of the Environment Dikobe Ben Martins wanted to explore the magnificent anti-apartheid collections that the NIZA has entrusted to the IISH. Both visits attest to the major importance of our collections, an importance that extends well beyond Dutch national borders. The next time we receive a visit from a foreign dignitary, perhaps we should convince such a person to become a Friend.

This issue addresses a restoration project, the collections presented on 30 January 2014, and the lecture delivered by Jaap Kloosterman at the occasion. 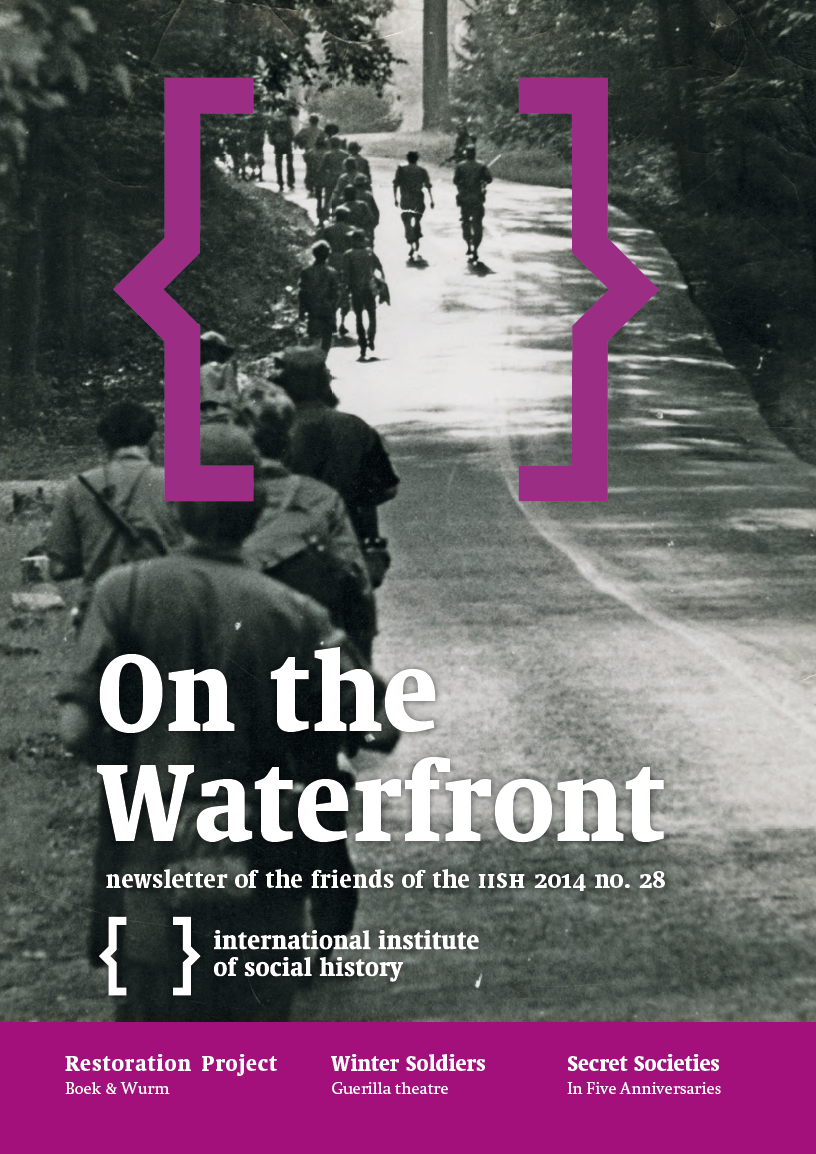