On the Waterfront is the semi-annual magazine of the IISH. This is issue 34 (2017)

Since the previous issue of On the Waterfront, we are pleased to report some very good news. First, the KNAW has granted 2.6 million euros, payable over 8 years, toward the project proposal ‘Investing in collections.’ This funding is in-tended to provide much-needed support for the Collections Department, following the serious interventions in 2013. Additionally, several staff members will be retiring in a few years. Thanks to this grant, we can now recruit new people, who may be trained by the old timers. This will also smooth the sharp transition to collecting digital materials.

The second major grant is from the FNV. In a covenant reached between the IISH and the FNV in late March, the FNV has allocated over 2 mil-lion euros toward performing an inventory of the paper archives presently distributed throughout different offices, when they are entrusted to the IISH.. A selection will be digitized. This success is thanks in part to the plan meticulously drafted by Jack Hofman and Frank de Jong and will be covered in more detail in the lectures section of this issue.

In December 2016 we learned that the iish was to receive a huge grant in conjunction with Leiden University toward research on early modern diversity in the Dutch global empire. Ulbe Bosma and Matthias van Rossum are involved in the project for the IISH.

The final grant I will mention concerns 450,000 euros from Metamorfoze toward digitizing the cnt/fai archive. This bodes very well for one of our most important non-Dutch archives. All these projects will revitalize and bring new faces into the Institute. Excellent news!

Congratulations are also due to Margreet Schrevel, who will be leaving the IISH after having worked here for 41 years. We are delighted that she is concluding her career with the feature article in On the Waterfront. Margreet, a great big thank you! 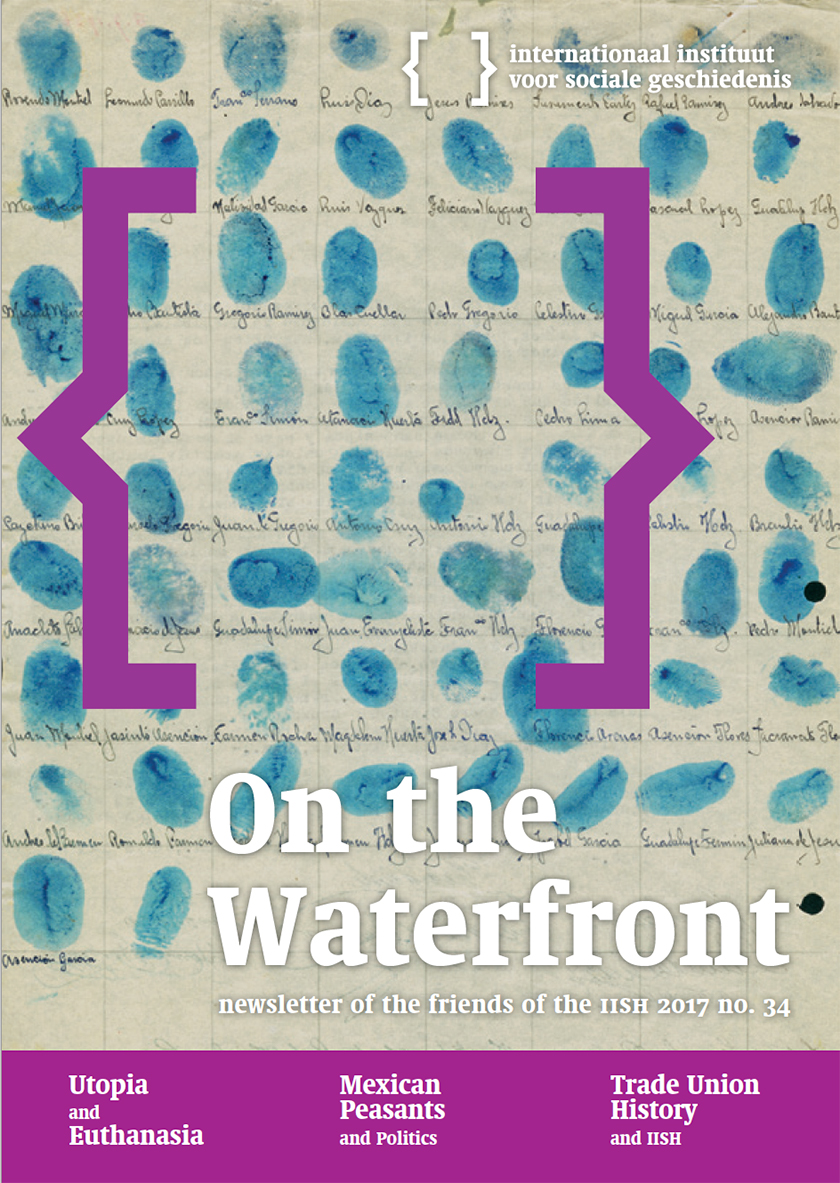