Including a lecture by Wim Cappers on 22 January 2015: 'The Cremation Movement and Its Propaganda'.

I will start this selection of important news from the past six months with updates about the collections.

Rather than the usual paper archives, the following project is likely to become increasingly commonplace. Andreas Admasie, Stefano Bellucci, and Marien van der Heijden travelled to the Bahir Dar Textile Factory in Ethiopia to start up a digitization project. The factory, which opened in 1961, has a virtually complete archive of staff records.

In the late 1960s 1,900 workers were employed there, compared with 1,300 today. Clearly, such an archive contains a wealth of in-depth information about labour, and about how labour is organized. Especially for studying labour in Africa, where sources are scarce, this digitization project is truly unique.

On 10 April at the IISH, during a symposium dedicated to Jacques Giele, his papers were officially entrusted to the Institute, and the book Hoe zag Nederland eruit in 1850? (a collection of his articles) was presented for the first time. For a detailed report about this day, see issue 32 of Onvoltooid Verleden.

Please note the contribution from Henk Wals, in which he relates a section of IISH history from 1982 exceptionally clearly and openly.

Three new members will be joining our staff scholars: Bas van Leeuwen, Matthias van Rossum, and Filipa Ribeiro da Silva. Bas has been awarded 1.4 million euros from the European Research Council (ERC) toward his research project The Historical Dynamics of Industrialization in Northwestern Europe and China (1800-2010). Spanning 5 years, the ERC project will be conducted under the aegis of Bas by a research team comprising two PhD candidates, a post doc, and a research assistant.

At present the dynamics at the IISH are no cause for complaint at all. 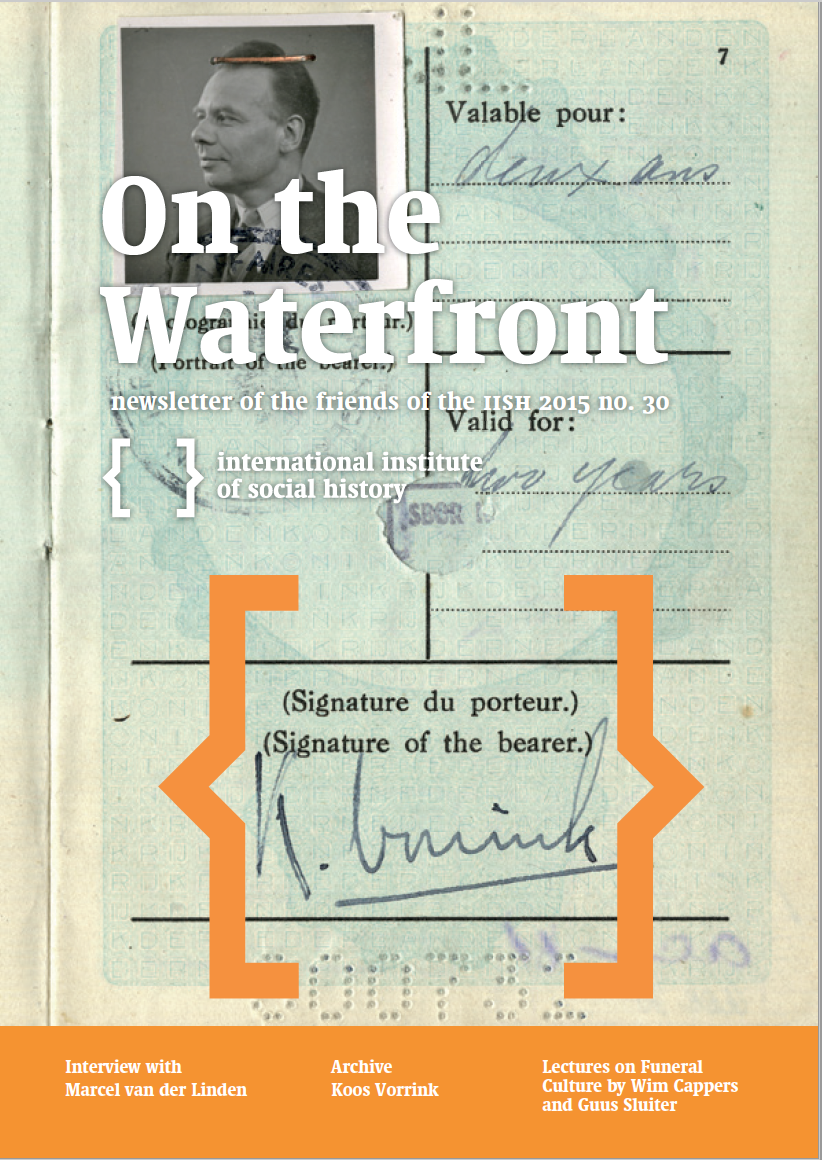