Its purpose to rehabilitate the victims of war and their descendants has brought individual histories of participants to the fore. In the past two decades, histories of the Civil War have concentrated on social classes and revolutions, popular movements, peasants, women, and other social groups rather than on the history of political events. A considerable segment of the "Historical Memory of Spain" is housed in Amsterdam. The IISH contains a wealth of primary source materials that can provide answers to new investigations. A guide to these collections is presented below.

Since its establishment in 1935, the main task of the Institute has always been to rescue collections threatened by political repression. This task became very urgent when, in the summer of 1938, the loss of the Spanish Republicans was imminent. One of the leaders of the Federación Anarquista Ibérica (FAI), Diego Abad de Santillán, asked the director of the IISH to help find a safe haven for the threatened archives.

The archive of the Ministery of Education and Health was officially given to the IISH on July 27, 1938. The papers never arrived in Amsterdam, however, nor did they arrive at the Institute's Paris branch. They were confiscated by Franco instead.

After the fall of Barcelona in January 1939 and the fall of Madrid in March of the same year, various trunks containing the archives of the Confederación Nacional del Trabajo (CNT) and its political arm, the Federación Anarquista Ibérica (FAI), made their way to Paris via unlikely avenues. In April 1939 they were safeguarded at the Institute's Paris branch.

A contract of loan was drawn up between the IISH representative in Paris and officials of the CNT and FAI. The latter signed in their private capacity to avoid any possible claims by the Franco regime. Such a claim never developed, but after Franco's death, the officials' mandate to sign was disputed by other CNT and FAI officials, and confusion about the status of the archives arose.
In 1939, with the Second World War at hand, the CNT and FAI archives moved from Paris to Oxford, where they survived the war. In 1947 they finally came to Amsterdam.

Contacts between the IISH and representatives of the Spanish Left in exile continued. The archive of the Federación Española de Deportados e Internados Politicos (FEDIP) and the Ruedo Ibérico (José Martinez Guerricabeitia) collections were a rich asset in the postwar years.

Scope of the collections

The actual presence of important collections on the anarchist tradition at the IISH became a beacon for sympathizers and other collectors. As a result, the vast majority of Spanish Civil War collections in Amsterdam is comprised of anarchist or anarcho-syndicalist documents. This applies to the archives of organizations as well as individuals. As to the latter, the papers of Emma Goldman, José Ester Borrás, Rudolf Rocker, and Fernando Gómez Peláez stand out.

Most archives of Spanish communist organizations and individuals have not been preserved at all. For the Republicans, only the very much decimated archives of the Partido Socialista Obrero Español (PSOE) and the Unión General de Trabajadores (UGT) have survived. This unfortunate situation makes the collections kept at the IISH especially valuable. 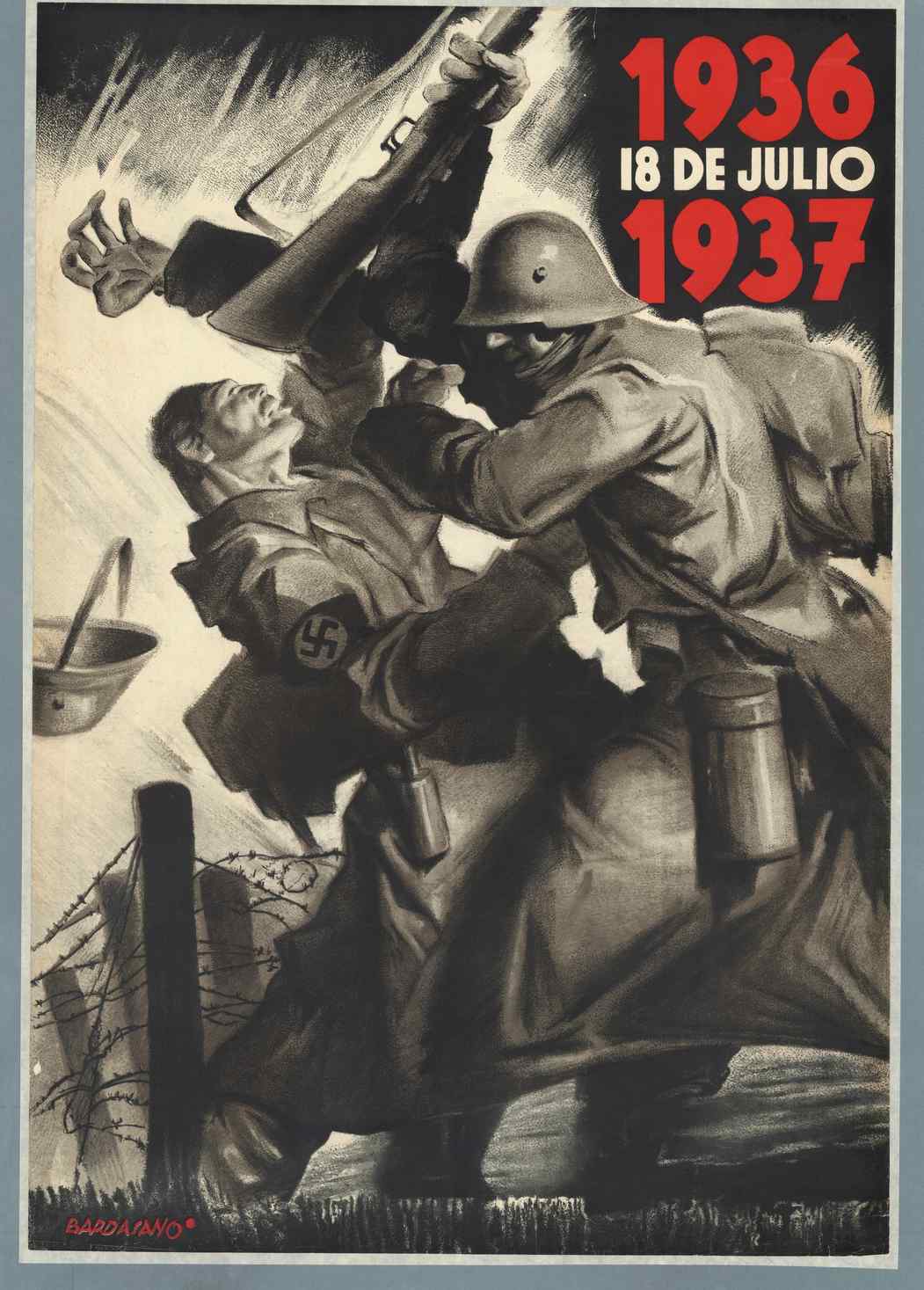 How to search the collections

Links to other research institutions